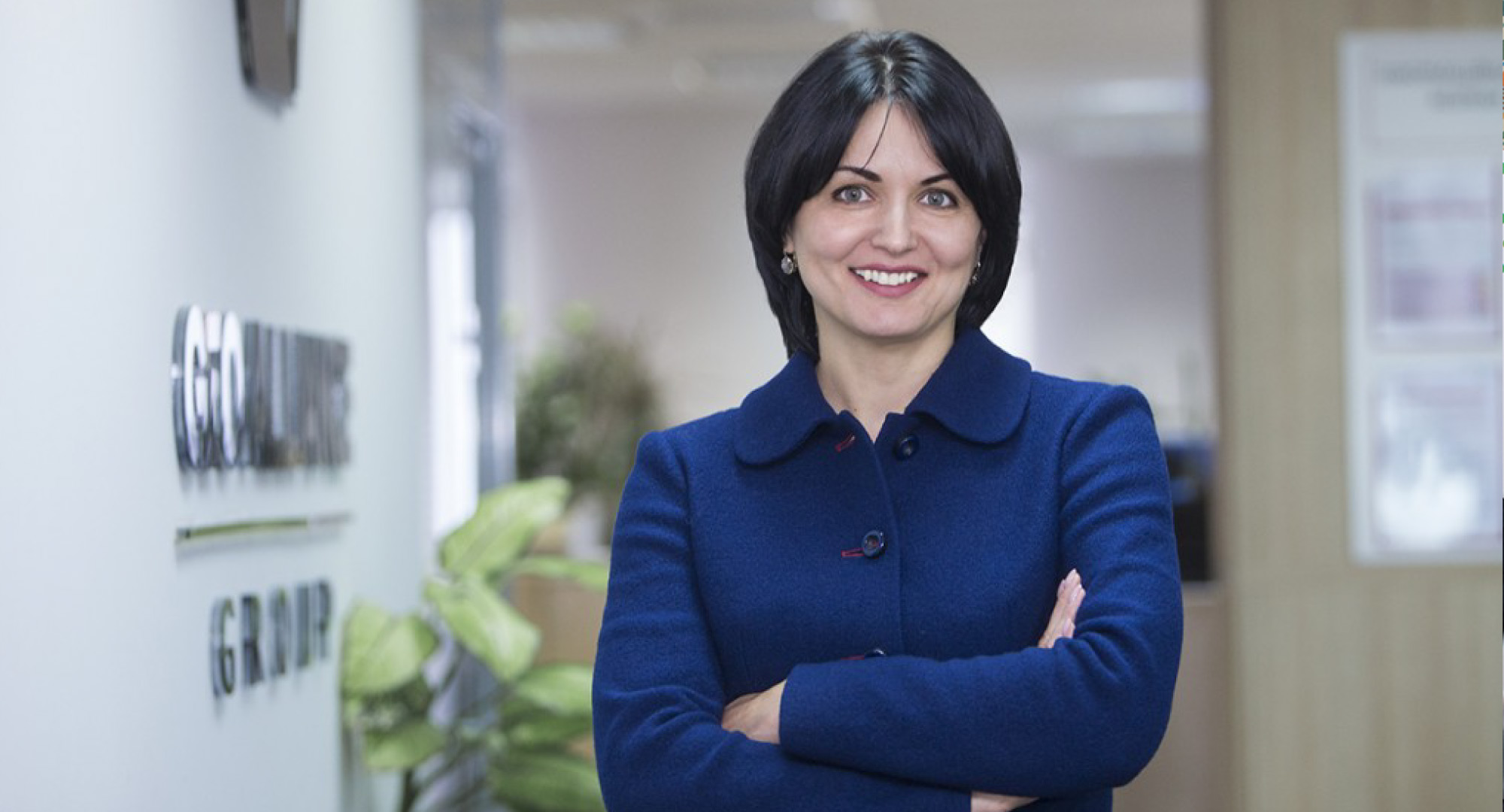 The head of GEO ALLIANCE GROUP Lyudmila Kuchmenko told "Rating" about the results of last year, adaptation to the PSA and why now we need a system that would motivate the investor.

How did you end 2019? Did you manage to implement new projects?

I think that 2019 was quite successful for us. We have fulfilled all the planned indicators: last year GEO ALLIANCE GROUP extracted 210 million cubic meters of natural gas, 39 thousand tons of gas condensate and oil. Due to the increase in liquefied gas production (20 thousand tons), we remain the leader in this segment among private companies in Ukraine. At the end of the year, the enterprise from our group - EASTERN GEOLOGICAL UNION LLC - started production of natural gas at the Koshevoyske field (Myrhorod district, Poltava region).

How favorable is the market situation for producers now?

We now have the lowest prices for natural gas in the last 10 years. Unfortunately, further forecasts are disappointing (I admit that, of course, as a representative of the industry). At the same time, the cost of drilling and exploration works of both Ukrainian and leading international service companies has not decreased, because they focus on world oil prices. In such circumstances, in particular, deep drilling (especially if we are talking about exploration wells) is non-commercial. However, when the field is already in development and the geological risks are not so high - then there is a better chance of a "positive" economy. Now, to improve the efficiency of investments, companies focus on less deep deposits or on the workover of the existing well fund, side shafts.

What global trends should Ukraine pay attention to?

Today, everyone's attention is focused on lowering the price of gas and the factors influencing its formation. As Ukraine imports gas, its domestic price depends on the price on the European market, and it is currently oversaturated with the supply of natural gas. The warm winter has led to the fact that all underground gas storage facilities in both Europe and Ukraine are full, demand is declining. And against the background of the active conquest of the European market by the American LNG, the supply remains consistently high, which, accordingly, pushes the price down. Another trend (which is relevant not only for our industry) is the global requirements for measures in the field of environmental protection. Unfortunately, Ukraine still has a rather low business culture in terms of compliance with environmental standards. And this issue is very important, because it directly affects the quality of our lives, the quality of life of future generations. Ukraine needs to closely monitor these trends in building its energy strategy.

The business model of gas companies provides long planning horizons. We currently have 2 models, the so-called tools for the development of oil and gas fields - through the system of issuing permits (licenses) and on the terms of PSA. What are the advantages and disadvantages of them?

It is not easy to introduce non-discriminatory, equal working conditions for all market participants when two different systems are introduced at the same time. However, if you compare them, each has advantages and disadvantages. On the one hand, the model of working with licenses is well-established and understandable to all market participants. But companies that have licenses are forced to operate under conditions of frequent changes in legislation. For example, the state has provided guarantees for 5 years of stable taxation of the industry. At the same time, there have been repeated attempts to change them or cancel them altogether (I mean initiatives to abolish incentive rental rates for new wells). The government should note that investors - both those who are already working and potential - are already tired of instability. I emphasize once again that the oil and gas industry is a capital-intensive activity with considerable risks (geological and technological), which requires long planning periods. Therefore, it is important to fix the rules of the game at least for a while.

Work on production sharing agreements is attractive precisely because of the possibility to obtain a projected level of return on invested capital due to fixed fiscal and regulatory conditions. But for now, I have fears that the PSA may become a hardly regulated, over complexed mechanism. This applies both to the coordination of certain procedures under the agreement and to the lack of detail of this instrument at the level of bylaws. It is absolutely obvious that neither private market participants nor government agencies understand how to work with PSA. This nuance cannot be underestimated. Colleagues, who in the past have dealt with production sharing agreements, shared the fact that they only spent six months to open a bank account. I think that such difficulties may arise, for example, in the distribution of products in kind, in particular, it is necessary to work out a mechanism together with the Gas Transmission System Operator of Ukraine. It means, we will have to adapt this instrument to Ukrainian legislation for some time, and this will require close cooperation between the state and the investor.

And how do they operate in the world? For example, will the proposals of those companies that now want to participate in PSA work be made public?

As far as I know, the distribution of two models at once is not typical for other countries. I know from colleagues that either one or the other tool prevails. Answering the second question, I will pay attention on two points. On the one hand, stakeholders in this process require that information to be open. On the other hand, the legislator protects the confidentiality of the investor. However, the demand for publicity of such agreements remains quite high. It should be understood that the competition is not an auction, where the process of obtaining subsoil use rights is simple and fast: whoever paid more, received it. After the PSA tender, there is still a long process of negotiations with the state on the terms on which the contract will be concluded. I believe that the state would definitely benefit if most of these conditions were clearly and in detail worked out.

Today, the Tax Code has a special rent rate for the extraction of additional volumes of gas from heavy deposits, but it does not work in practice (there is a limited number of entities that can use it, and the procedure is very complicated and non-transparent).

In your opinion, what solution could be optimal for companies and useful for the state?

To be honest, I am not a supporter of this norm, because it is really difficult to call the criteria established by its objective. As a subject of this market, I want the rules to be clear and transparent. We need a system that would motivate the investor, but certainly not by setting a separate rule for certain programs and agreements. In my opinion, it would be fair to replace the existing taxes with a special system of taxation - the so-called "profit-based taxation". This is actually a progressive income tax scale or income tax supplement. You took a risk, made an investment, received a large debit - you pay a tax on large profits. Low-flow well - you pay less; dry - you do not pay at all. This system is not new, it works in the world and has proven its effectiveness and fairness. In 2015, the relevant bill was prepared in Ukraine, but, unfortunately, it was not adopted. I do not insist that this should be done immediately, but in the long run we need to think about introducing fair working conditions in the market.

What can be the approaches to the extraction of unconventional gas deposits to attract large international companies to Ukraine?

Almost all large foreign companies, such as Shell, Chevron, and Exxon, have spent enough time in Ukraine to assess its geology and unconventional gas production potential. The fact that none of them stayed for long speaks for itself. In my opinion, we must first master the technology of working with compacted reservoirs and hydrocarbon deposits, which ground at considerable depths. And only after that start extracting shale gas, which is technologically is harder. I believe that we need to bet on small and medium-sized investors who are willing to work with small deposits. And, in consideration of our complex geology and constant changes in taxation, we need to fight for each investor.

For the third year in a row, there is a rule to grant 5% of rent in local budgets. What changes do you see in the communities, and how much has this decision facilitated dialogue with the community and local authorities?
It definitely simplified situation. Under the previous tax regime, it was difficult for communities to justify the benefits of gas production. Now the local authorities clearly understand that we grant real money to local budgets. The 5% rent allowed the local authorities to become to some extent a "participant" in the gas production process and to benefit from our activities. These finances are used to invest in the development of the infrastructure of settlements: they build water mains, maintain schools, repair houses of culture, roads and other facilities that significantly improve the life of local communities.

What are the current barriers to the development of industries in Ukraine?

Let's be honest: the investor's appetite is shaped by gas prices, taxes and geology. As we have already discussed, the economy of most projects, especially exploration, does not withstand the unfavorable market conditions. The Dnieper-Donetsk basin is a ‘mature province’, it means a territory that has been under development for over 70 years. Large deposits, which are confined to large anticline traps, have already been discovered. Under particular conditions, when it comes to the search and exploration of new deposits (fields) of hydrocarbons, we are dealing with small reserves, which mostly ground at considerable depths and are confined to thin oil and gas-saturated layers, often represented by complex reservoirs. Therefore, we need to pay more attention to attracting new technologies to unlock the potential that may have been missed earlier. But I don't want everything to seem so pessimistic. Yes, the industry is currently operating in difficult conditions, but this is not the first time. Let's handle it. The potential is there. There will be a process of reorientation and adaptation, in which pragmatism and professionalism will be the key success factors.

The conversation was led by Mariia Daniuk