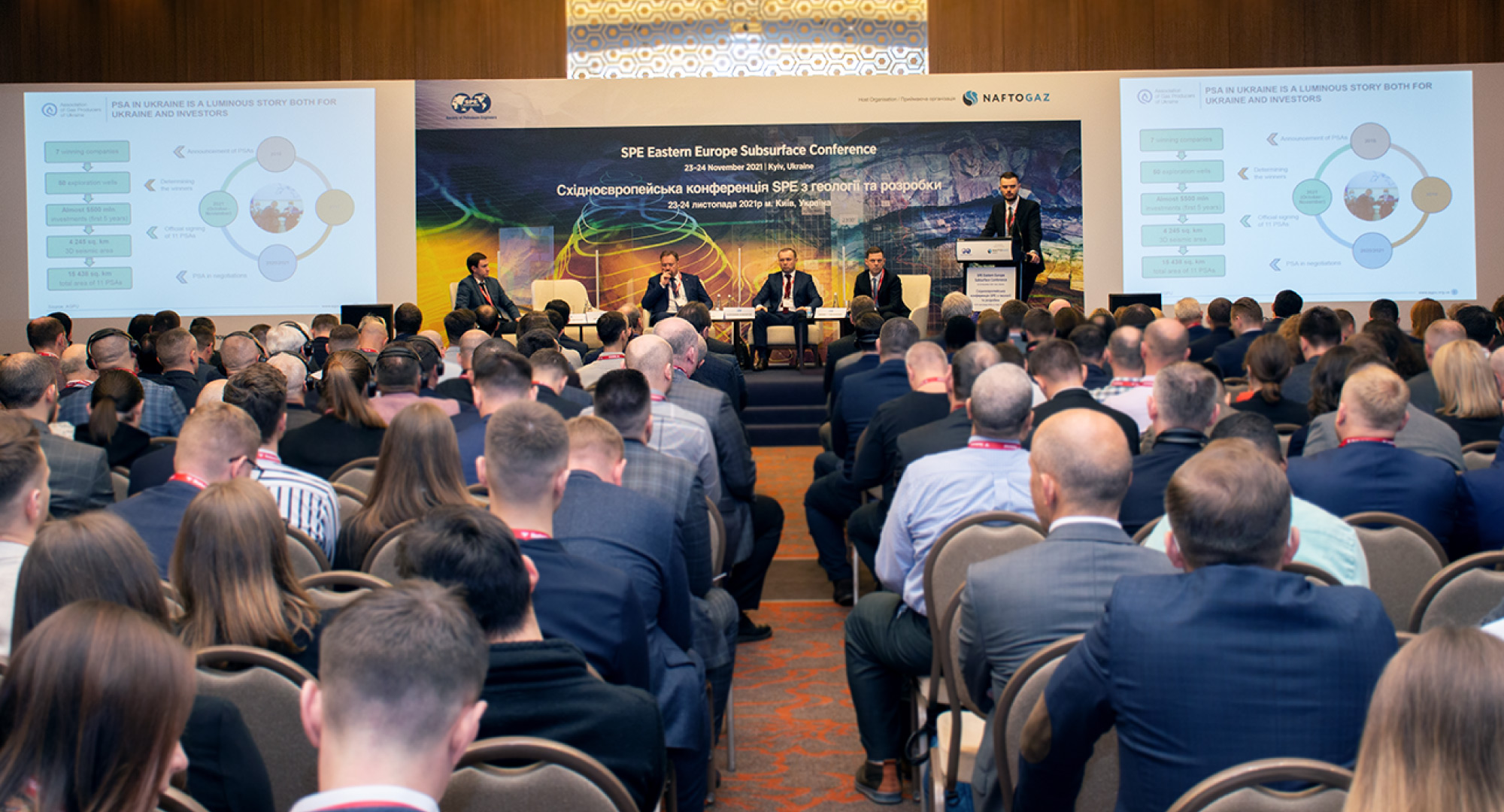 Attracting investment in the sector and increasing domestic gas production is a strategic task of the country. The signing of 11 production sharing agreements with leading domestic and international investors during this year is a vivid confirmation of such a statement. This was emphasized by the Executive Director of the Association Artem Petrenko during a speech at the SPE Eastern Europe Subsurface Conference, which took place on November 23-24 in Kyiv.

“Companies have committed to invest almost $500 mln into the development of the large-scale PSA oil and gas projects during the first 5 years. At the first stage of the project, the total 3D seismic will be done at the acreage of more than 4 000 sq. km. and 50 exploration wells will be drilled. I’m sure, the successful realization of PSAs will allow enlarging domestic gas production and strengthening the energy security of Ukraine”, Artem Petrenko outlined.

He also stressed the high importance of the adoption of Law No. 4344 in order to have these agreements working. This document was prepared on basis of concluded PSA tenders, a practical experience of the Interdepartmental Commission, and regulating existing legislation gaps. The draft of Law has gained favourable feedback among relevant ministries and associations, and unanimously approved by the Verkhovna Rada Committee on Economic Development, and is preparing for consideration in the first reading. The Association of Gas Producers of Ukraine expects, that the draft Law will be voted by the parliament by the end of the current year.

SPE Eastern Europe Subsurface Conference is an international conference on geology and development organized by one of the world’s largest professional oil and gas communities, the Society of Petroleum Engineers (SPE) in partnership with Naftogaz.