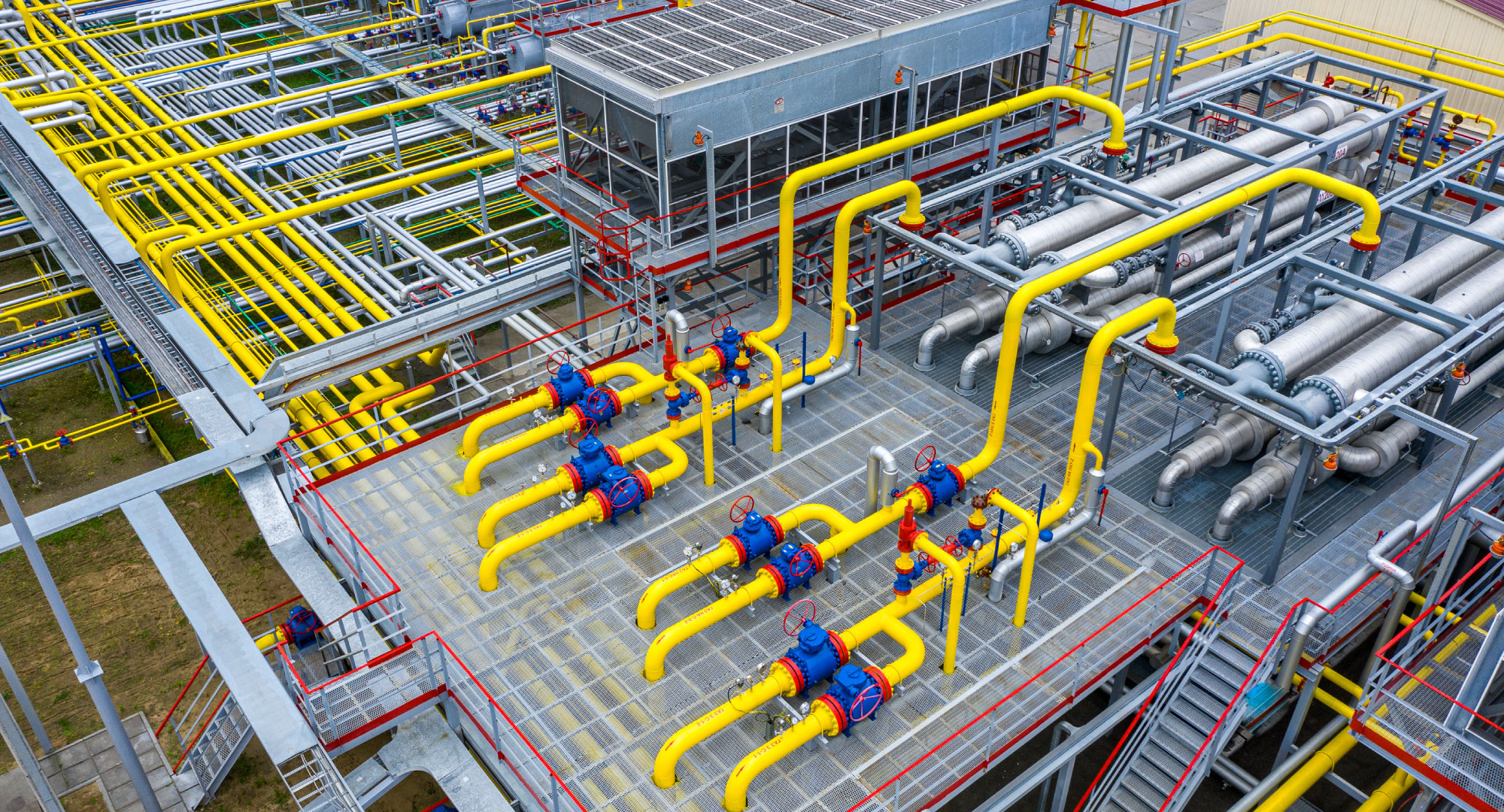 JSC Ukrgasvydobuvannya (Naftogaz Group) reduced gas production almost by 2%, compared to the same period last year. Since July, the company has stabilized the downward trend: for 4 months it was reduced by 3%. PJSC Ukrnafta and independent gas producers continue to increase production by 4% and 6%, respectively.

The share of state-owned enterprises in total gas production has not changed since last month and is 74%, independent - 26%. 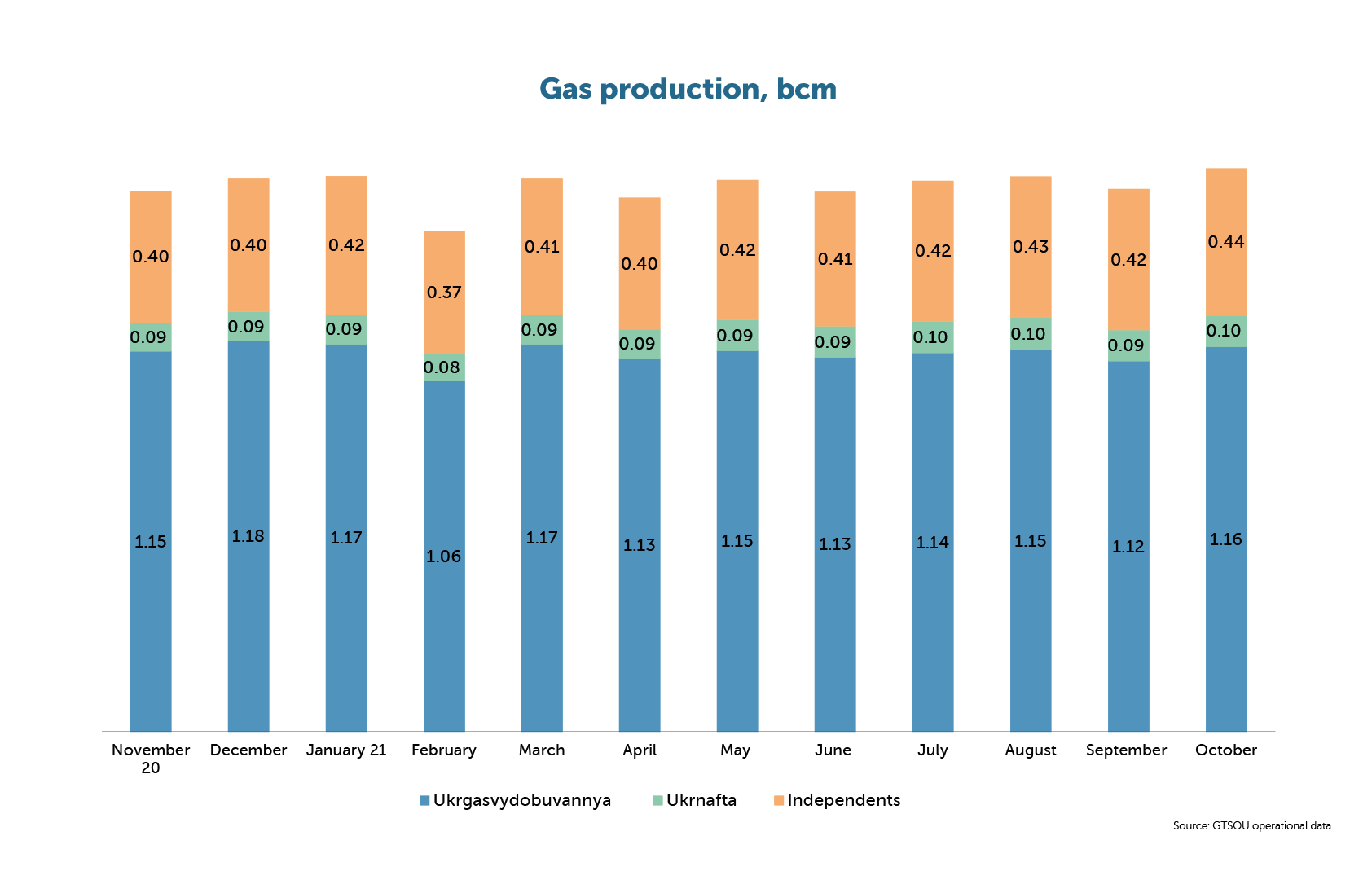 In October 2021, natural gas prices continued to rise, but decreased at the end of the month.

Among the main reasons for price fluctuations:

In October 2021, a new hub was launched - Trading Hub Europe (THE), which united two: NCG and Gaspool. Precise central location, as well as high German quality of service make THE one of the most liquid hubs in Europe. 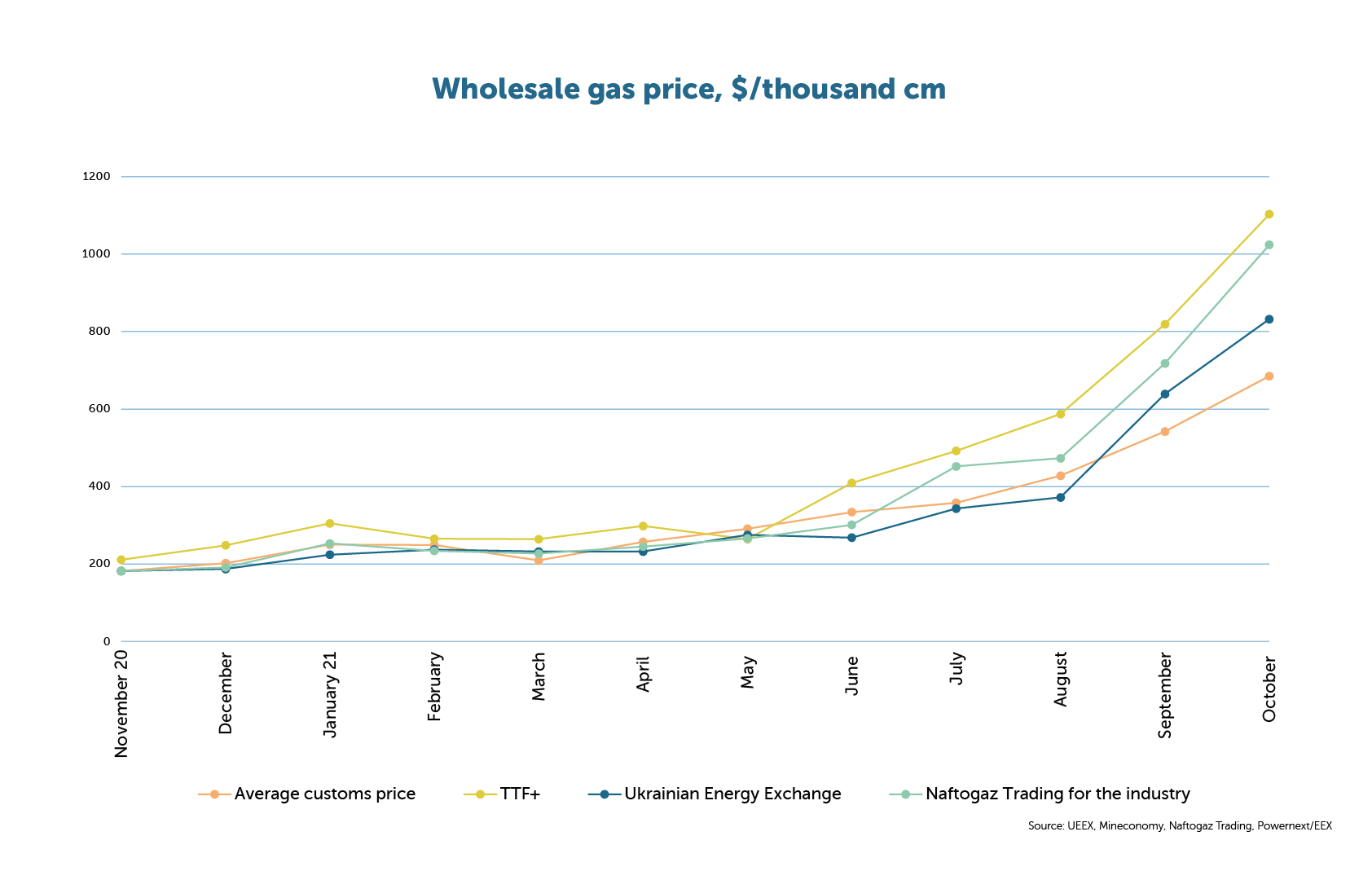 To overcome the energy crisis, the European Commission adopted a document ("Tackling rising energy prices: a toolbox for action and support"), which presented a set of rapid and medium-term measures. Thus, in Romania, a resolution was adopted to resolve the energy crisis, which defines a clear mechanism for compensation for consumers, the funds for which will be directed from the state budget. In France, by the end of 2022, it is forbidden to increase tariffs for households, reduced taxes for electricity and included the payment of funds to citizens.
The European Central Bank's forecasts for energy prices show that most EU governments are confident that gas prices will fall in 2022. The ECB considers that the rise in electricity, oil and gas prices is temporary and should ease.

Price correlations in Ukraine in October continued the trend in European hubs and reflected growth.

The price of the resource of October in Naftogaz Trading for industrial consumers on the 100% prepayment terms increased by 41% compared to the previous month and amounted to UAH 27 011 ($1 024 per 1 000 cm) net of VAT.

According to the Ministry of Economy, the import of natural gas to the territory of Ukraine in October was carried out at the average price of UAH 18 063 ($685 per 1 000 cm) net of VAT, which is 25% more compared to the previous month.

According to the Association of Gas Producers of Ukraine, 32 drilling rigs were used in our country during October. This is 7 pcs. (+28%) more than in the same period last year and by 1 pc. (+3%) compared to September 2021. 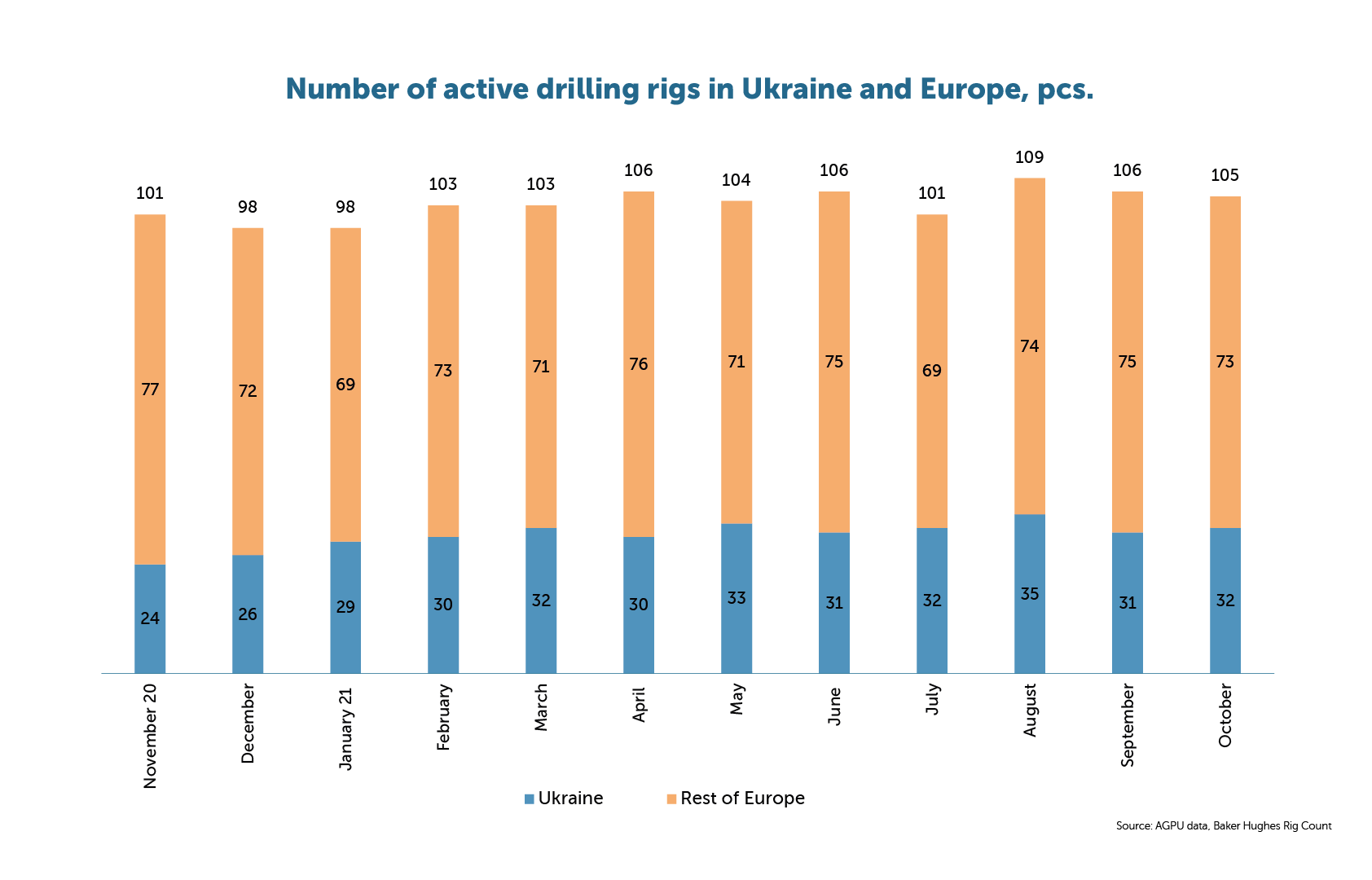 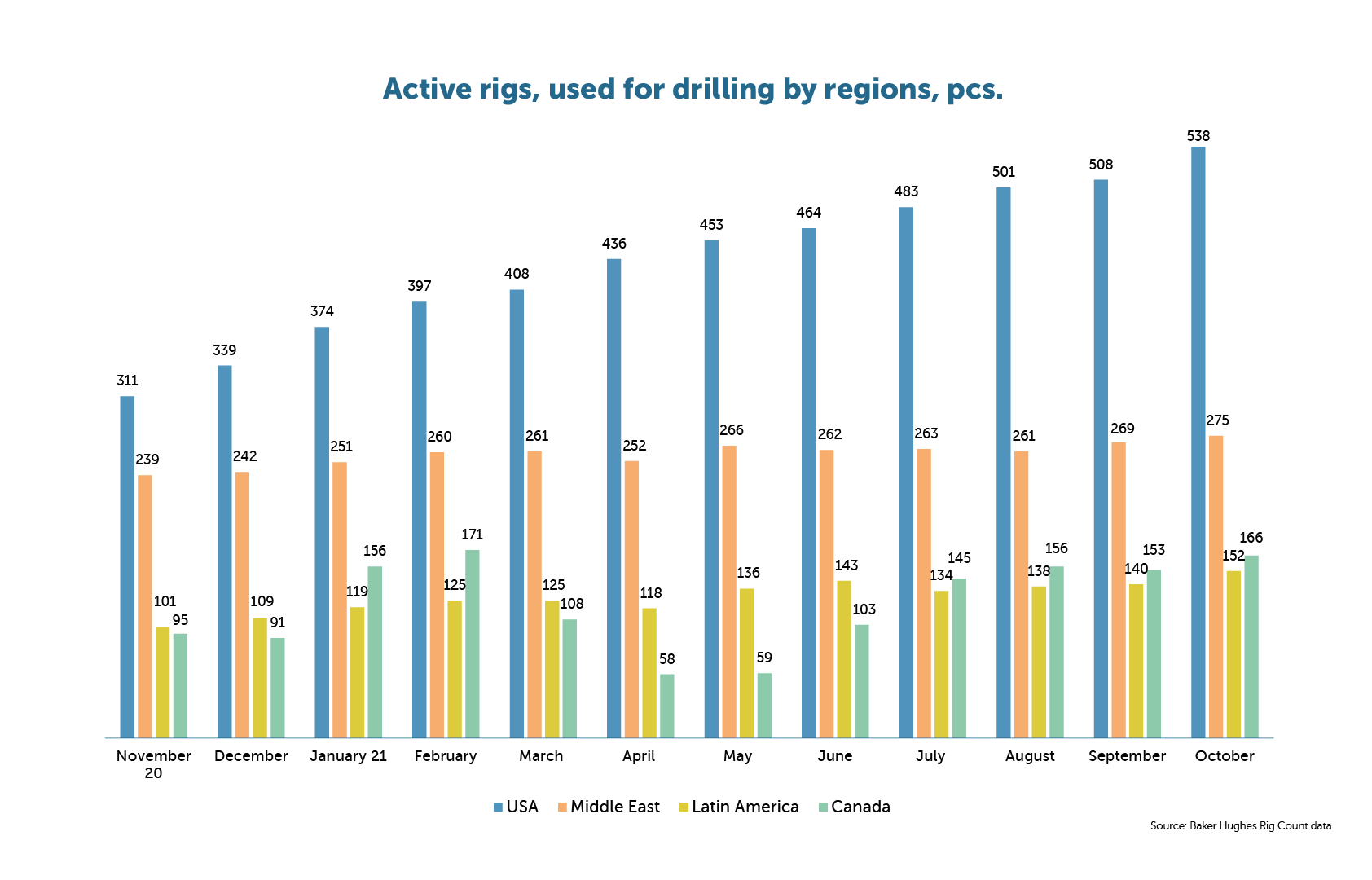