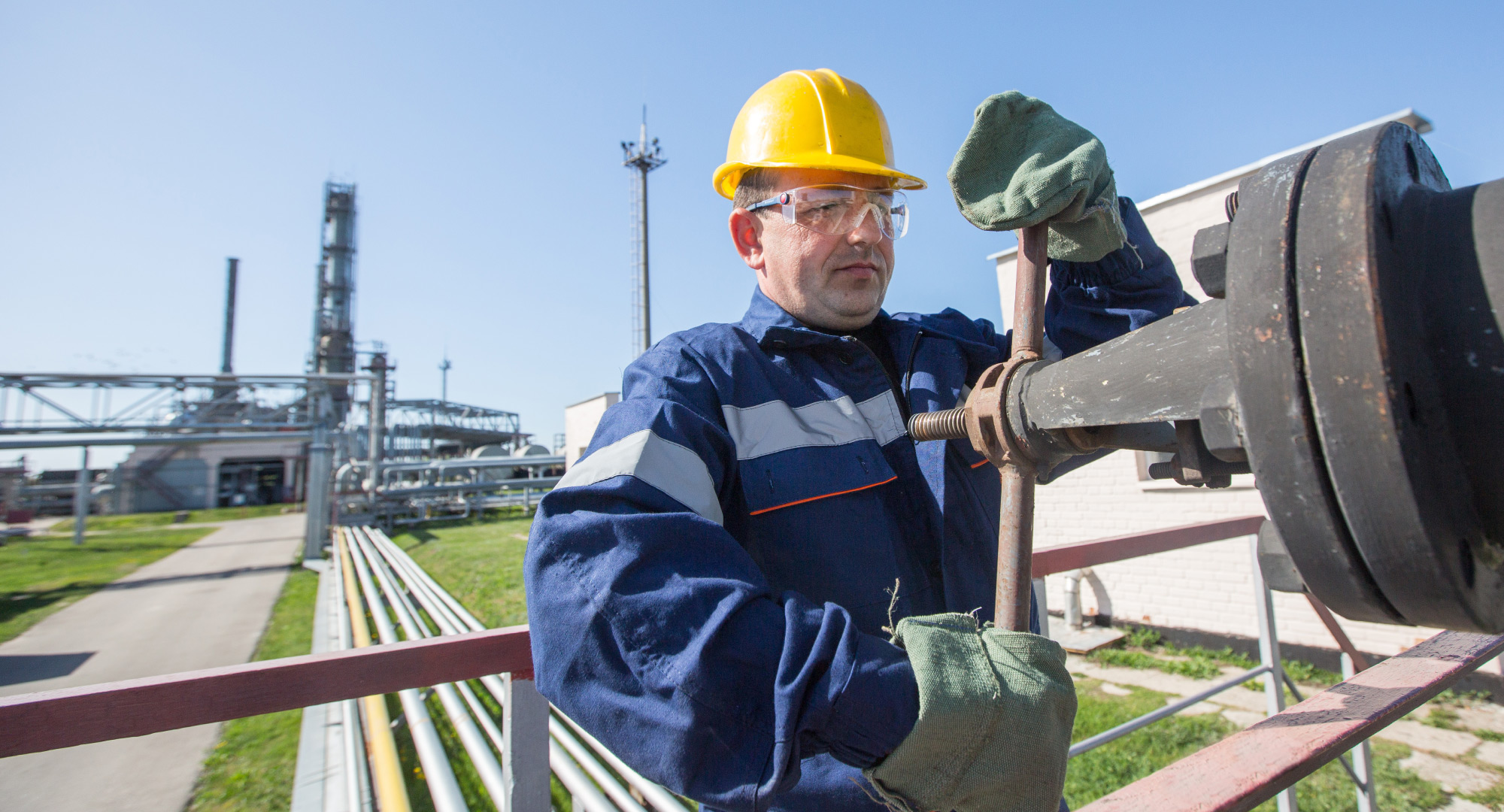 Hence, the share of state-owned enterprises in the total amount of gas production in May was 74.7%, independent enterprises – 25.3%. 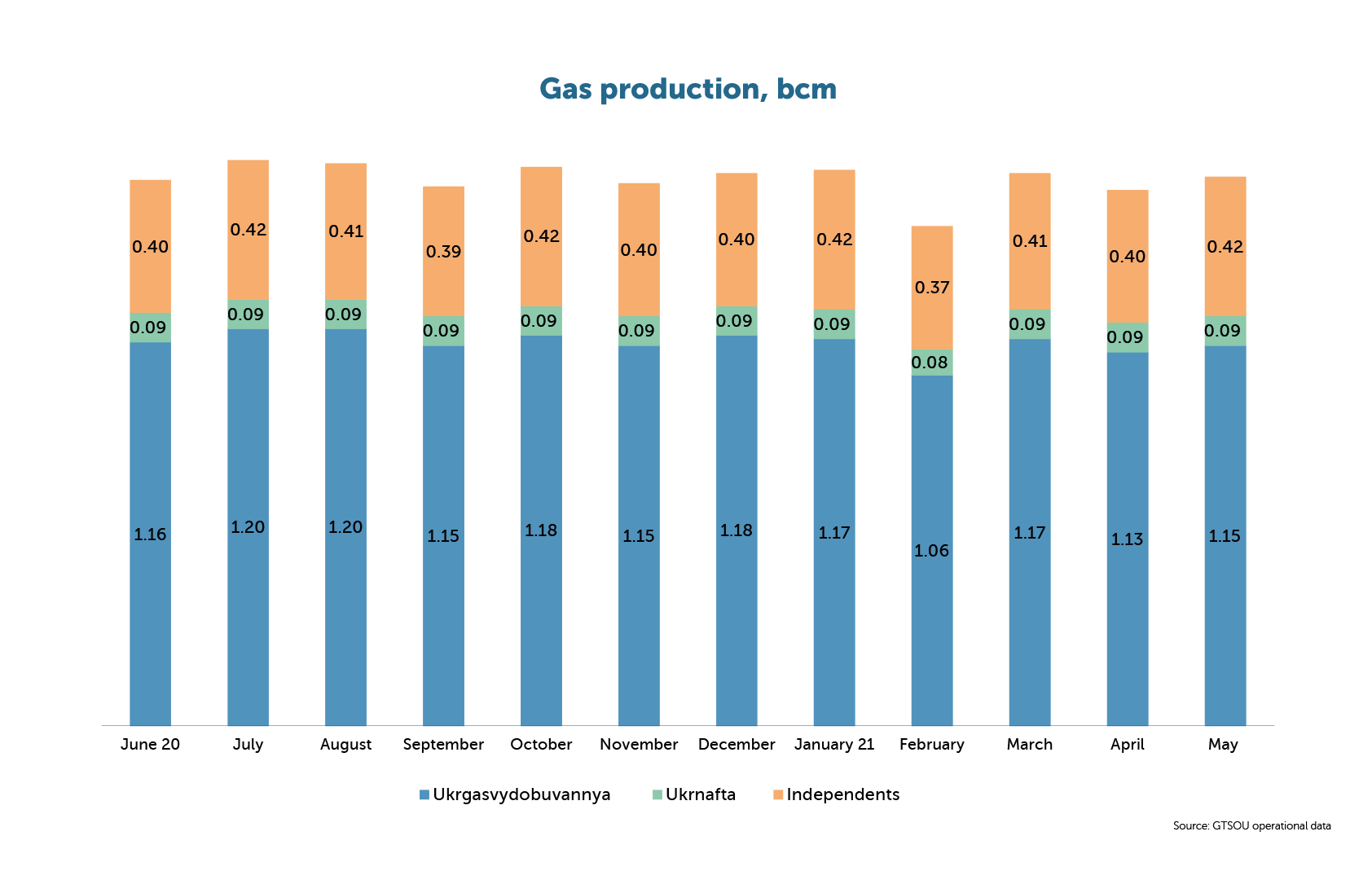 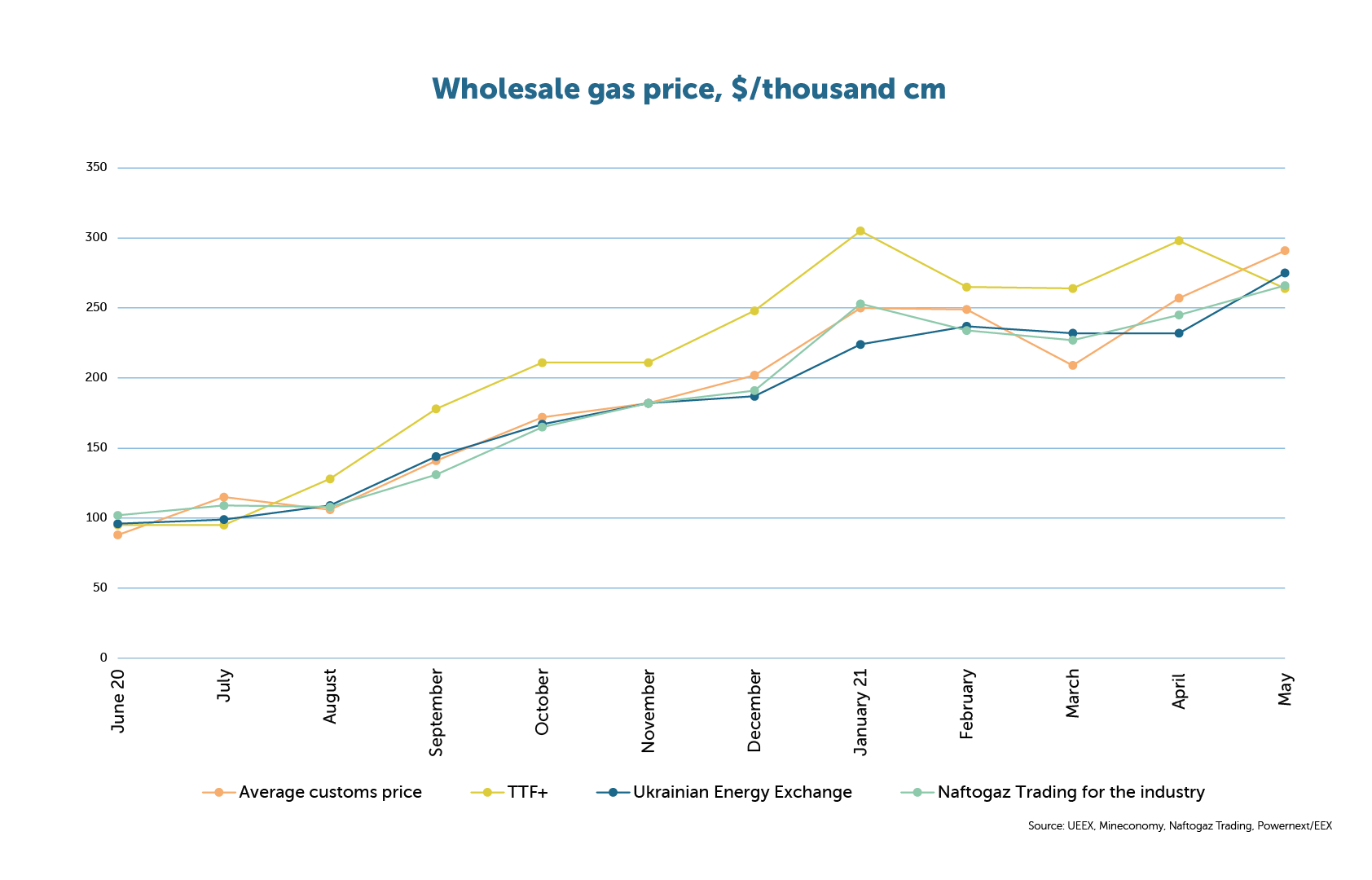 Among the main reasons influencing pricing were: reduced imports, increased demand for electricity generation (however, we’ve seen fluctuations due to increased share of RES generation), refusal of Gazprom to purchase additional intermittent capacity for transit via Ukraine, volatility in increasing CO2 emissions fees and a small amount of reserved gas in UGS in Europe. The most significant reason that led to the fall in prices during the month was the lifting of US sanctions of the Nord stream 2 project.

Price correlation in Ukraine steadily repeated the trend in European hubs and reflected a natural increase. Although, despite hand-to-hand interaction in pricing, there is a difference between the costs of natural gas realization at the Ukrainian market and import parity price since 2019. Hence, for the last two and a half years, natural gas has been steadily sold to industrial consumers at lower prices than a value of import parity, the amount of which is used to pay taxes. Such circumstances led to incomplete compliance of the tax base with current market prices, which, in turn, correlate with quotations on the TTF, which leads to an “unfair” amount of taxes.

The price of the resource of April in Naftogaz Trading for industrial consumers on the 100% prepayment terms increased by 7% to the previous month and amounted to UAH 7 337 ($268 per 1000 cm).

According to the Ministry of Economy, the import of natural gas to the territory of Ukraine in May was carried out at the average price of UAH 8 034 ($291 per 1000 cm) net of VAT, which is 12% more than in the previous month.

According to the Association of as Producers of Ukraine, 33 active drilling rigs were used in drilling in our country in May, which is by 3 pcs. (+10%) more than in April. An increase of drilling volumes is basically explained with better performance at markets and rising in quotations. 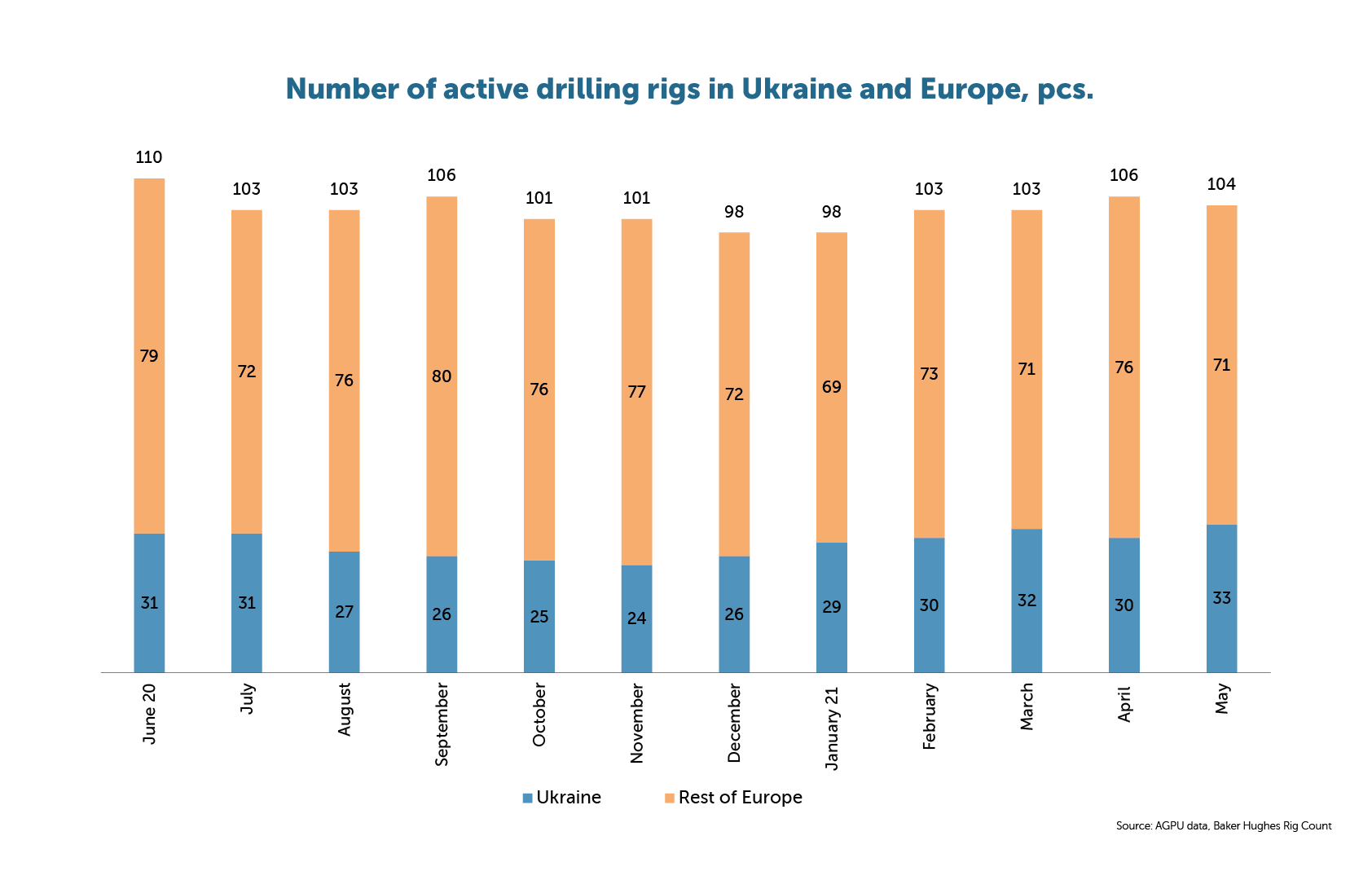 Africa has been showing an increase in capital investment in the industry for several months in a row. Thus, in May 2020, 64 active drilling rigs were recorded in the region, which is 3 pcs. (+5%) more than in April. The number of rigs in May 2020-2021 is surprisingly the same. Algeria is improving its own performance for the 5 months in a row, hence, the total number of active drilling rigs in May was 28 pcs., which means a slight increase by 1 rig (+4%) to the previous month. Last, but not least country which has shown a growth in capital investment into the sector was Nigeria, hence, the number of active rigs was increased by 1 pcs. (+20%). The rest of the countries remained unchanged. 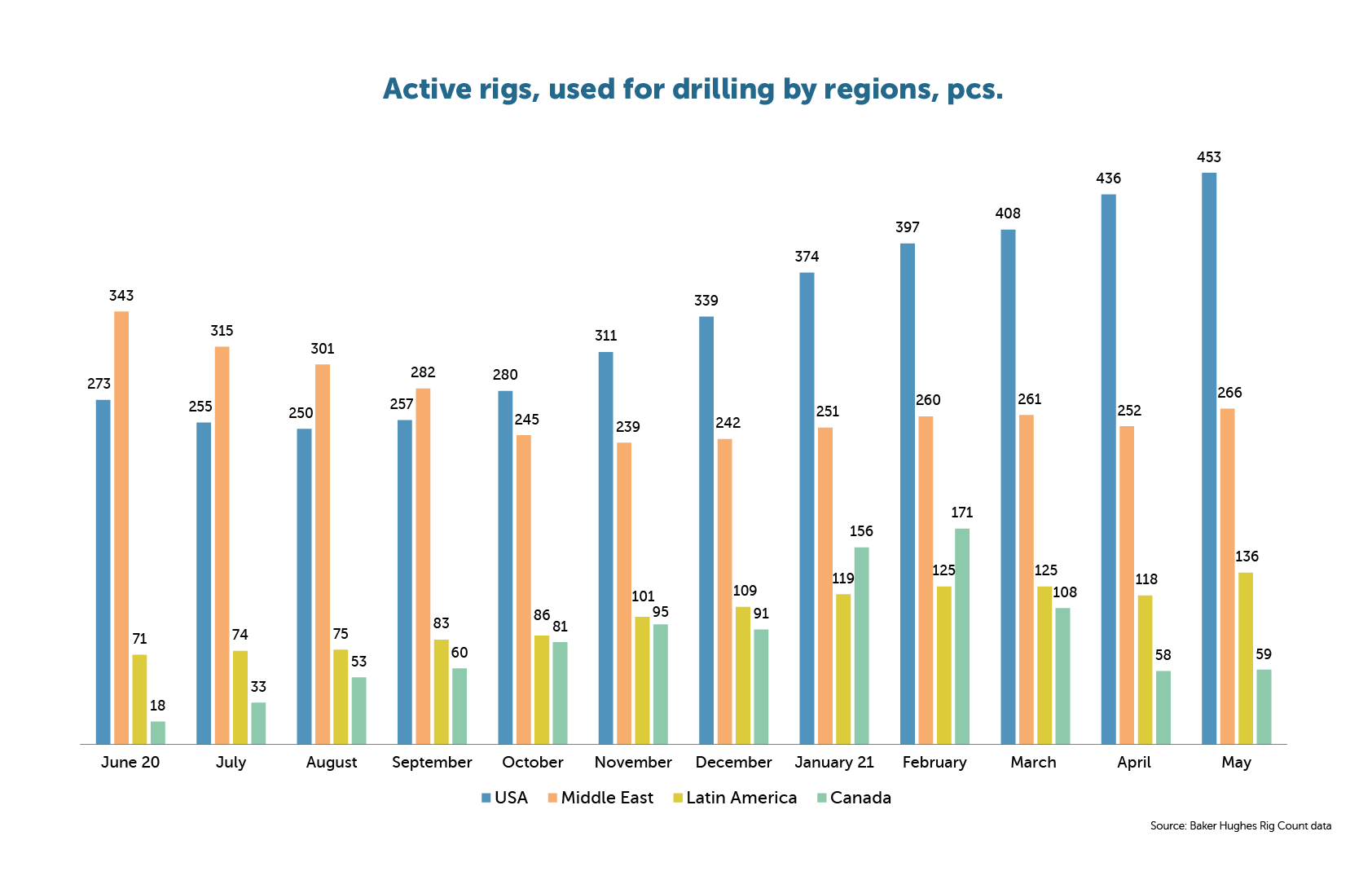 A tendency of a sharp increase in prices reflectively improve forecasts regards drilling activity and key regions of the world are already on the path to resuming capital investment in the industry of previous, pre-crisis times.

On September 16-17, Poltava hosted the VIII International Industry Forum, which brought together lea...

Ukraine should be curious about increasing domestic gas production

The registration for the Seventh Ukrainian Gas Forum, which will take place in Kyiv on 27-28 October...