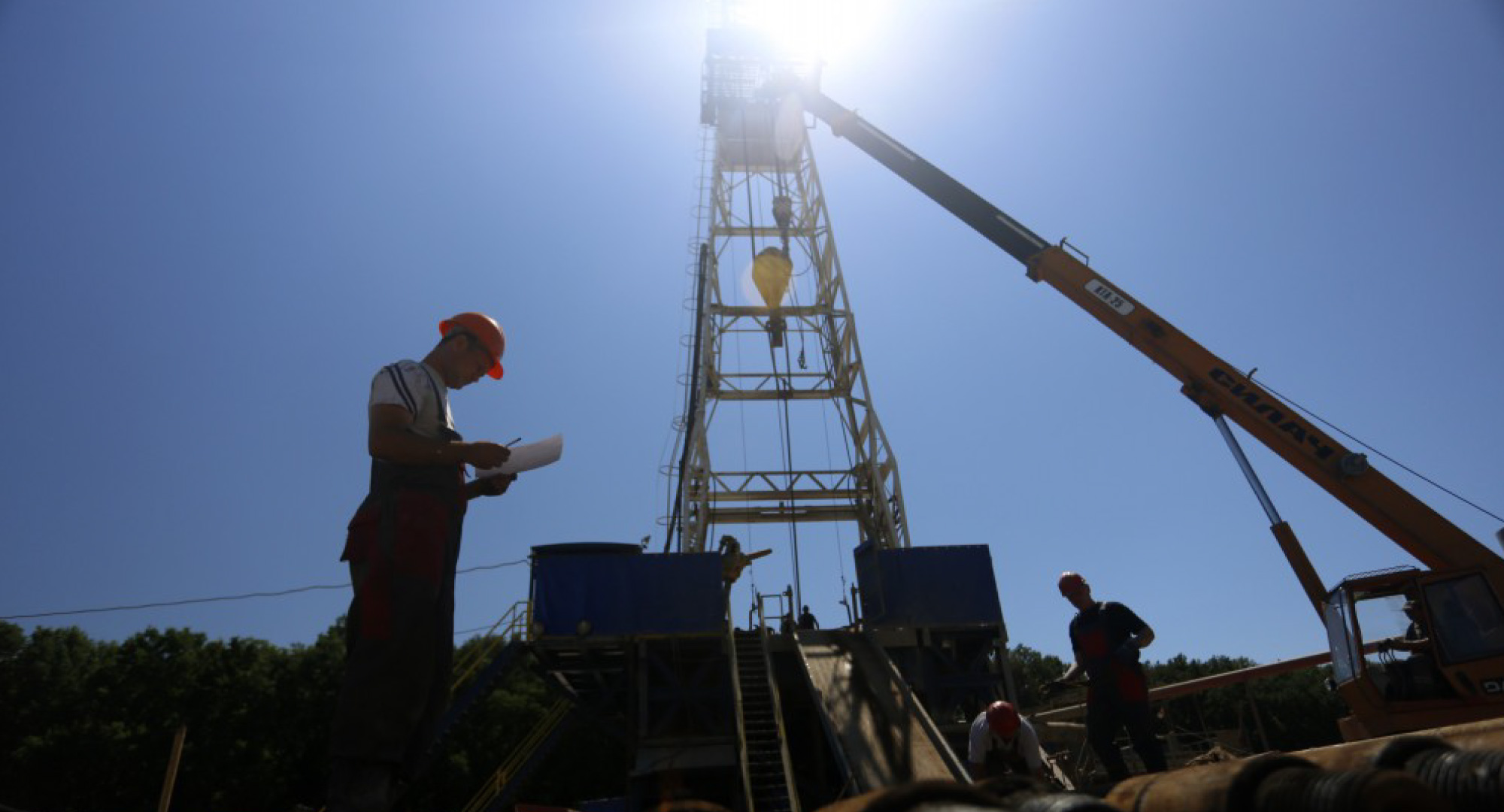 Hence, the share of state-owned enterprises in the total amount of gas production in June was 75.2%, independent enterprises – 24.8%. 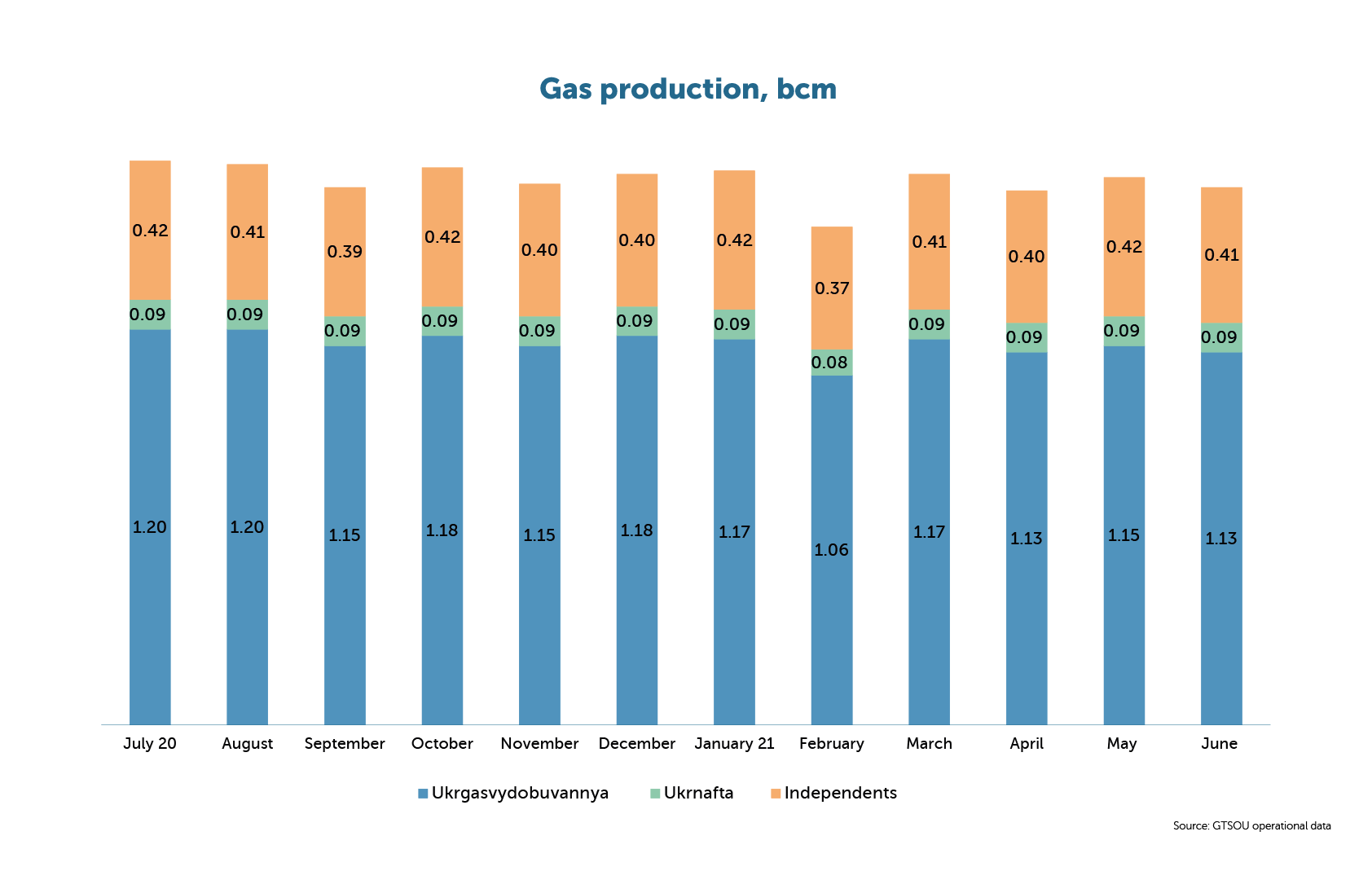 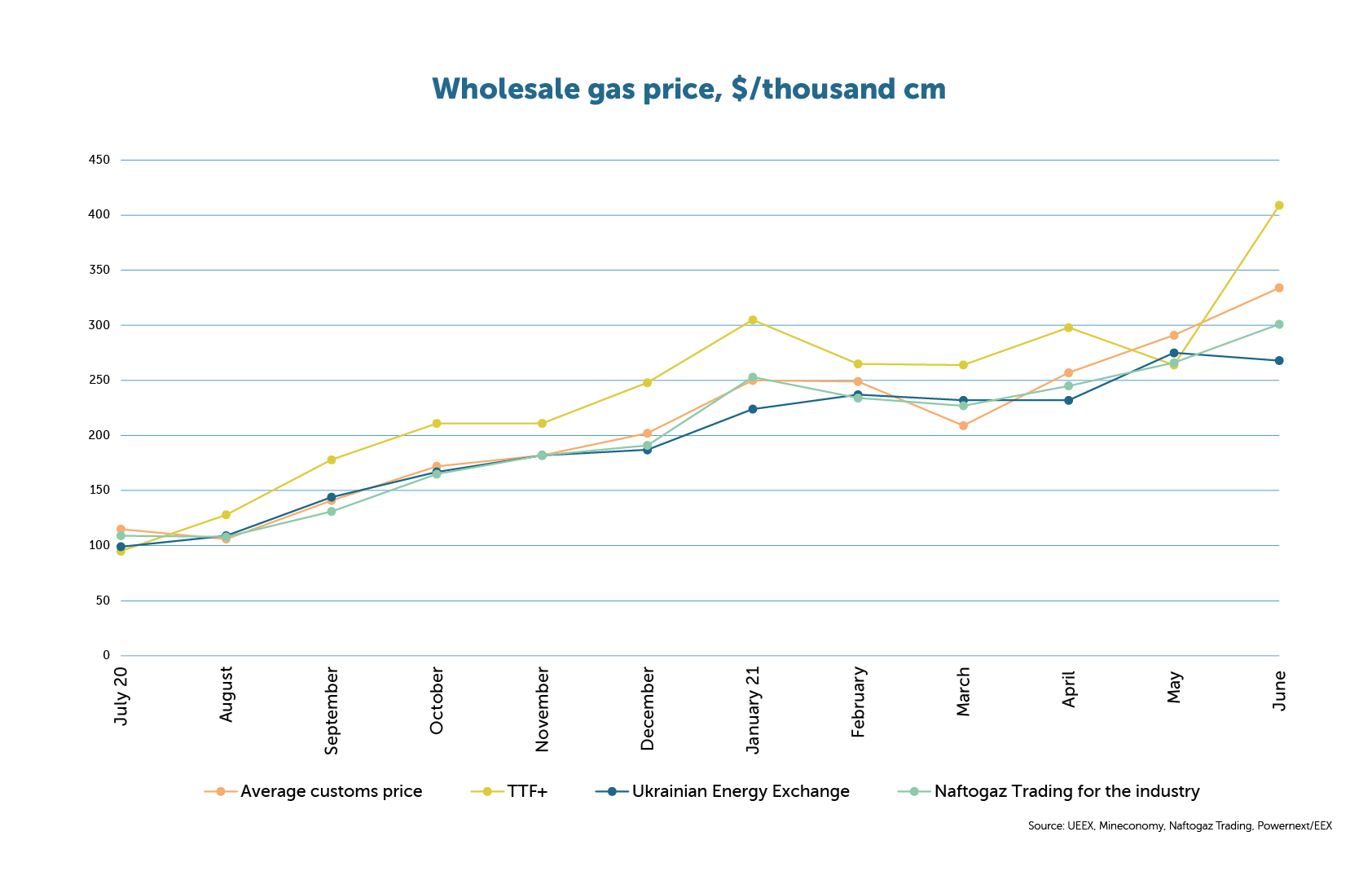 Among the main reasons influencing pricing: seasonal maintenance of the gas pipeline in Norway and a natural decrease in gas supplies, increased demand for natural gas for electricity generation, rising CO2 emissions fees, sharp growth in demand and prices for LNG in Asia, reduced LNG supplies from the US to Europe due to natural conditions that prevent tankers from sailing. At the end of the month, Gazprom refused to reserve additional intermittent capacities for transmission via Ukraine. The planned shutdown of the Nord Stream and Yamal gas pipelines is planned for July, which will additionally affect pricing.

It is important to note that high natural gas prices in the world cannot lead to an immediate increase in gas production. Traditionally, companies at the end of the year form a financial plan for the year ahead and calculate the level of capital investment. In conditions of instability due to COVID-19, spontaneous and rapid actions pose high risks for enterprises. Therefore, taking into account the peculiarities of the development of new oil and gas fields, as well as systemic bureaucratic norms, the first commercial gas inflows will be able to output no earlier than a year and a half after obtaining a license for subsoil use.

The price of the resource of June in Naftogaz Trading for industrial consumers on the 100% prepayment terms, increased by 12% compared to the previous month and amounted to UAH 8 205 ($301 per 1000 cm) net of VAT.

According to the Ministry of Economy, the import of natural gas to the territory of Ukraine in June was carried out at the average price of UAH 9 085 ($334 per 1000 cm) net of VAT, which by 13% exceeds numbers of the last month.

The difference between the average customs price, from the amount of which the rent for subsoil use is paid, and the cost of natural gas on the domestic market was almost 25% in June. This means a de facto mismatch between the tax base and current market prices, which in turn correlate with TTF quotes. This situation leads to the accrual of "unfair" amount of taxes.

According to the Association of Gas Producers of Ukraine, 31 drilling rigs were used in drilling in our country in June, which is 2 pcs. (-6%) less than in May. The stagnation can be explained, first of all, by the financial plan of the companies determined at the end of the year and the high risk of failure from making immediate and impulsive investment decisions, which can lead to significant losses.

In Europe, 75 active drilling rigs were recorded, which is 4 pcs. (+6%) more than the previous month, but less by 4 pcs. (-5%) compared to the same period in 2020. Only Turkey showed a slight decrease to May by 1 rig (-5%). On the other hand, an increase in capital investment in drilling was recorded in: Norway by 2 pcs. (+11%) and the offshore part of the United Kingdom by 1 rig (+14%). The rest of the countries remained unchanged. 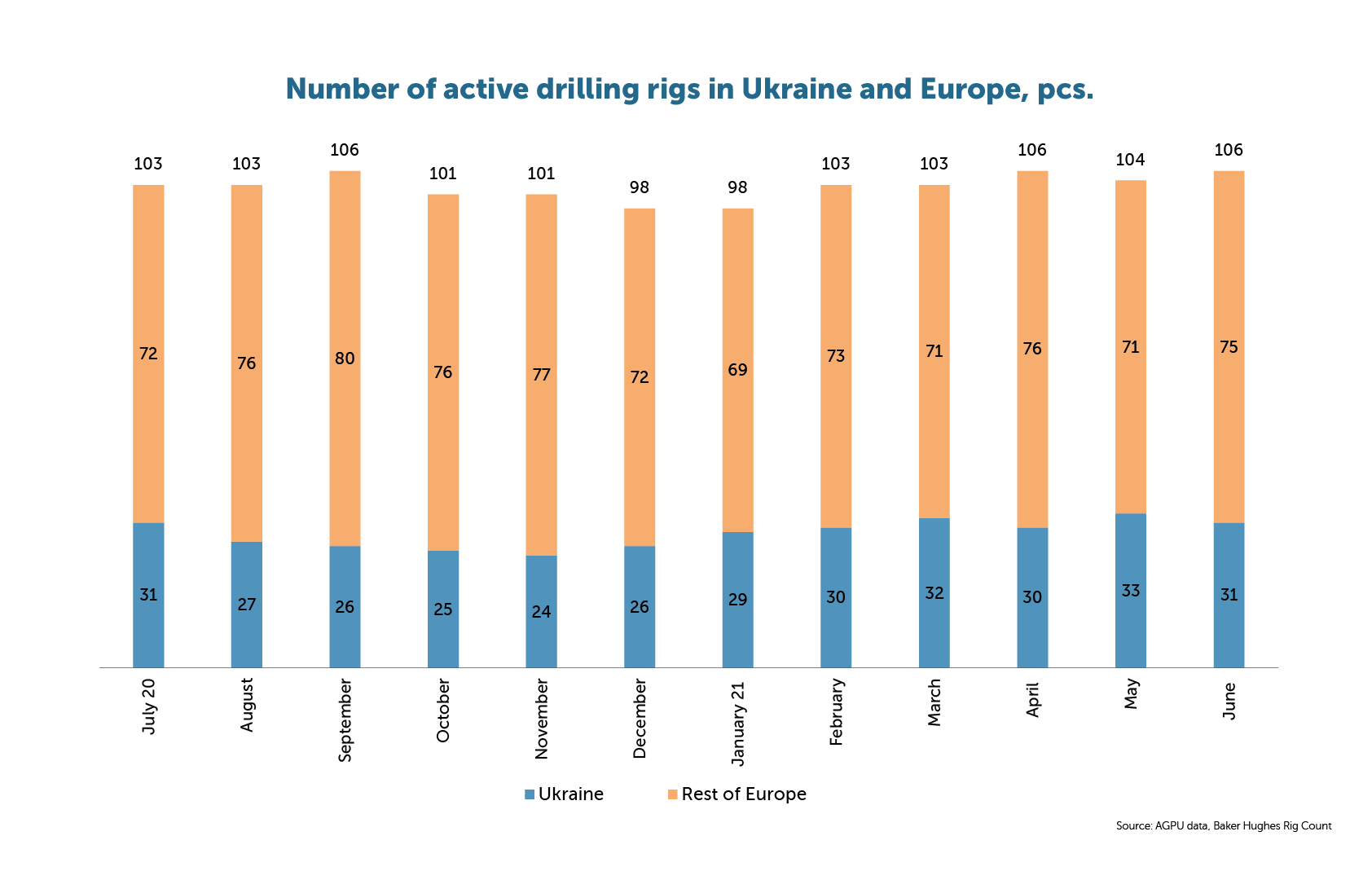 According to Baker Hughes Rig Count, the total number of active drilling rigs in the world in June amounted 1 327 units, which is almost 62 rigs more (+5%), compared to the previous month, and 253 pcs. (+24%) more compared to the same period last year.

Africa continues to show an increase in the amount of rigs used in drilling of new wells. Thus, in June 2021, 65 pcs. were recorded active in the region, which is by 1 rig (+2%) more than in May. Compared to the same period last year, the number of rigs used in drilling increased by 5 pcs. (+8%). The countries where the decrease was recorded: Algeria by 3 rigs (-11%) and Niger by 1 rig (-17%). Gabon, Côte d'Ivoire and Kenya managed to increase their performance by 1 rig each. The rest of the countries remained unchanged. 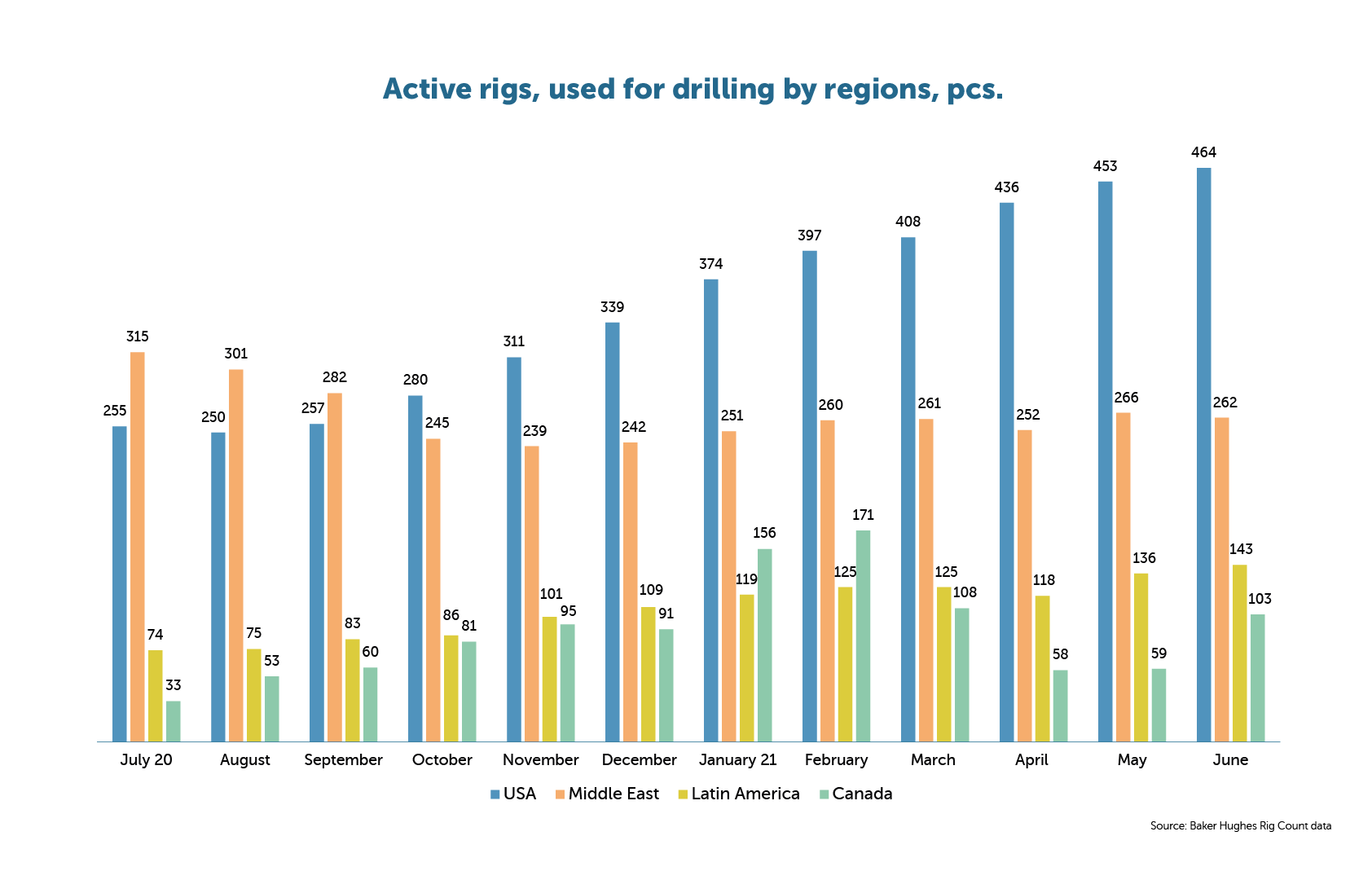 The sharp growth in prices may become the main reason for the increase in capital investment in the industry in the world. However, it is premature to predict stability in pricing issues, as this trend is primarily driven by market deficits, which may be short-lived. Therefore, companies in the sector fairly do not make economically unreasonable decisions and are very careful, monitoring the situation on the market.

Naftogaz Suppliers’ Day will be held on 9 July

We invite Ukrainian and international suppliers of goods and services to participate in the event. ...

Development of natural gas production - the way towards strengthening the economy

The Executive Director of the Association Artem Petrenko took part in the Ukrainian Gas Open 2021 Ga...

The Association of Gas Producers of Ukraine has become an associate member of the UIA «Federation of...

The Executive Director of the Association Artem Petrenko took part in the All-Ukrainian Forum "Ukrai...