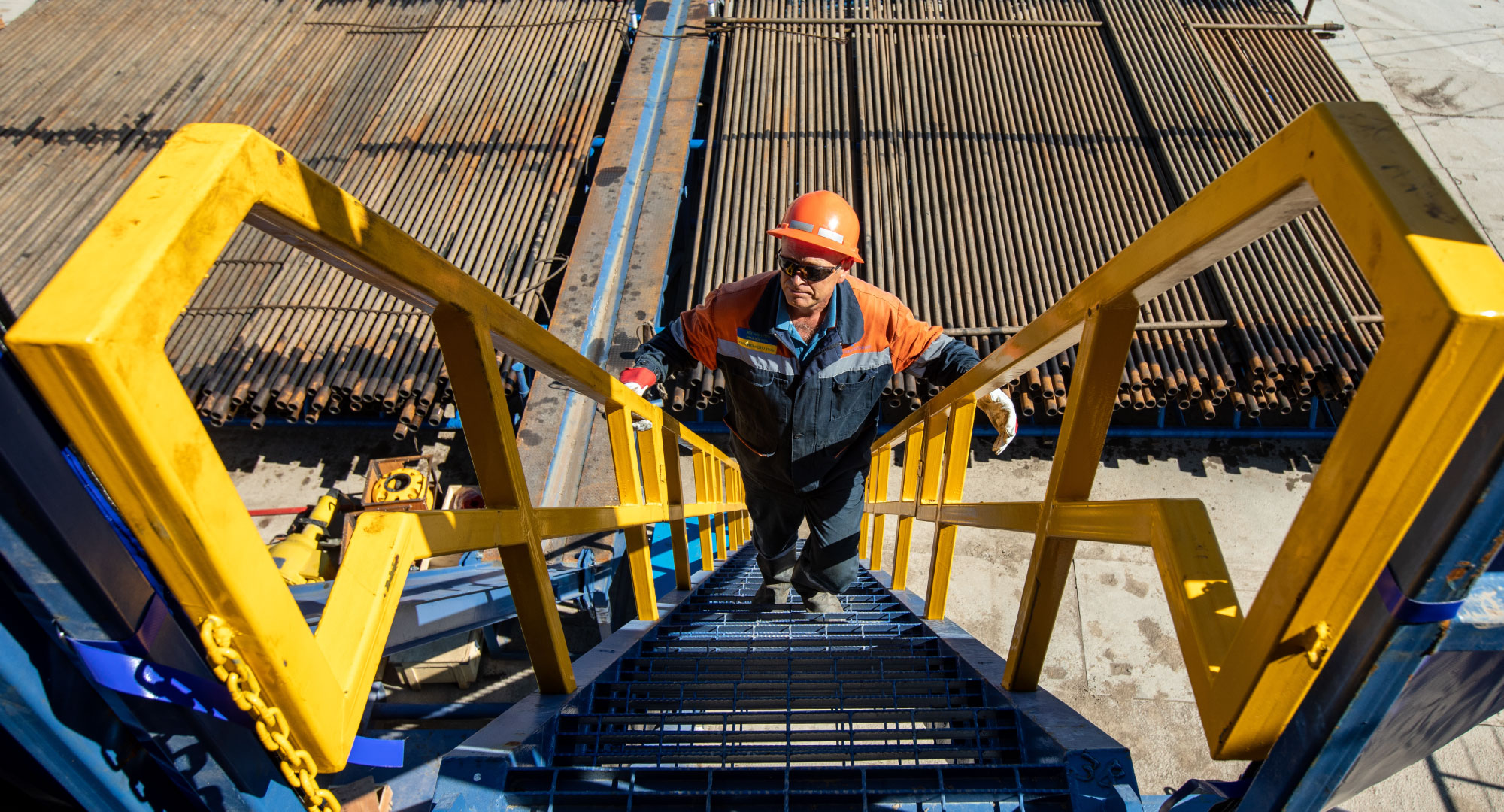 JSC Ukrgasvydobuvannya (Naftogaz Group) reduced gas production by 5% compared to the same period last year. At the same time, both PJSC Ukrnafta and independent gas producers were able to increase outputs of natural gas by 2% and 1% accordingly.

Hence, the share of state-owned enterprises in the total amount of gas production in July was 75%, independent companies – 25%. 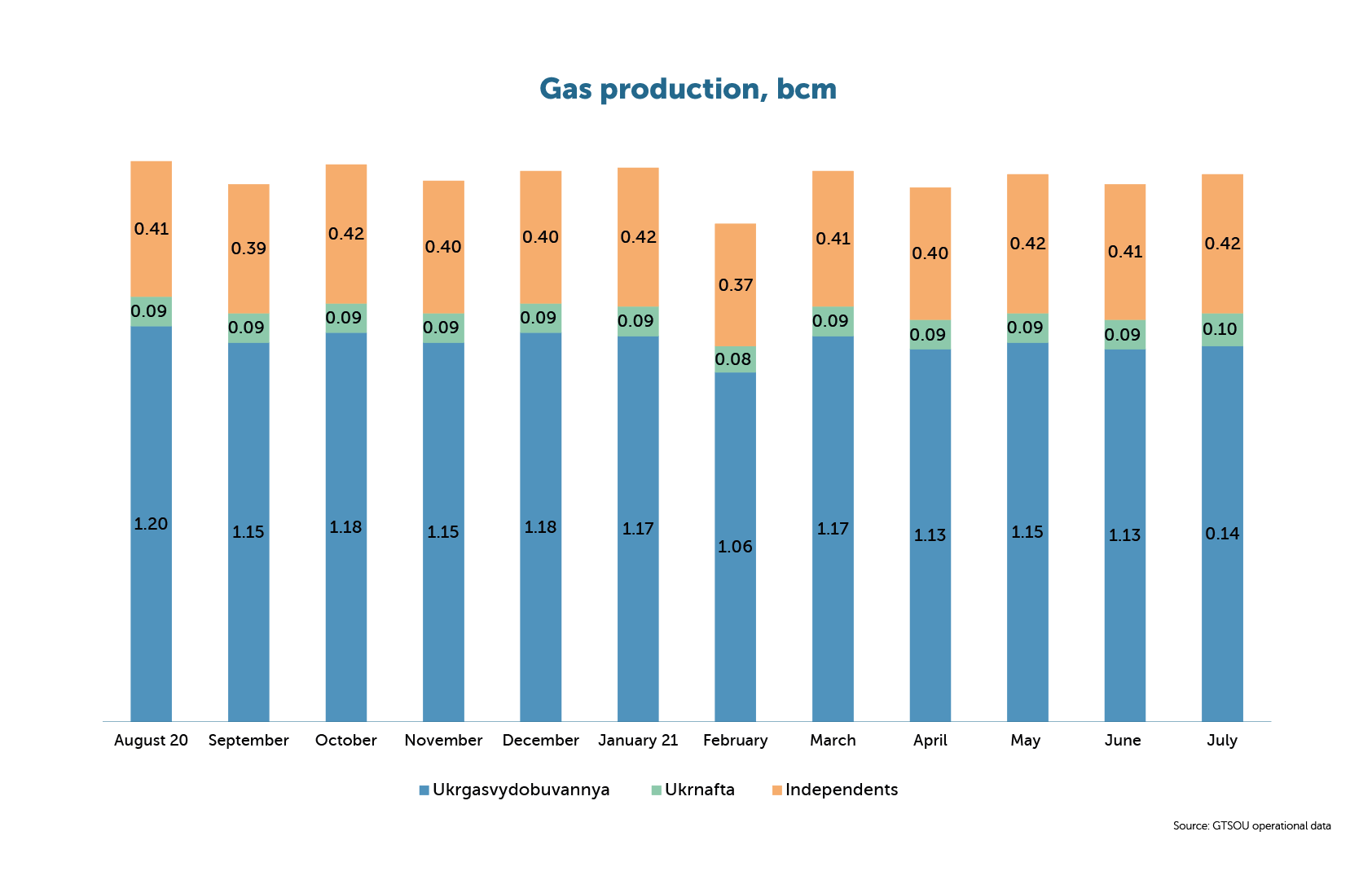 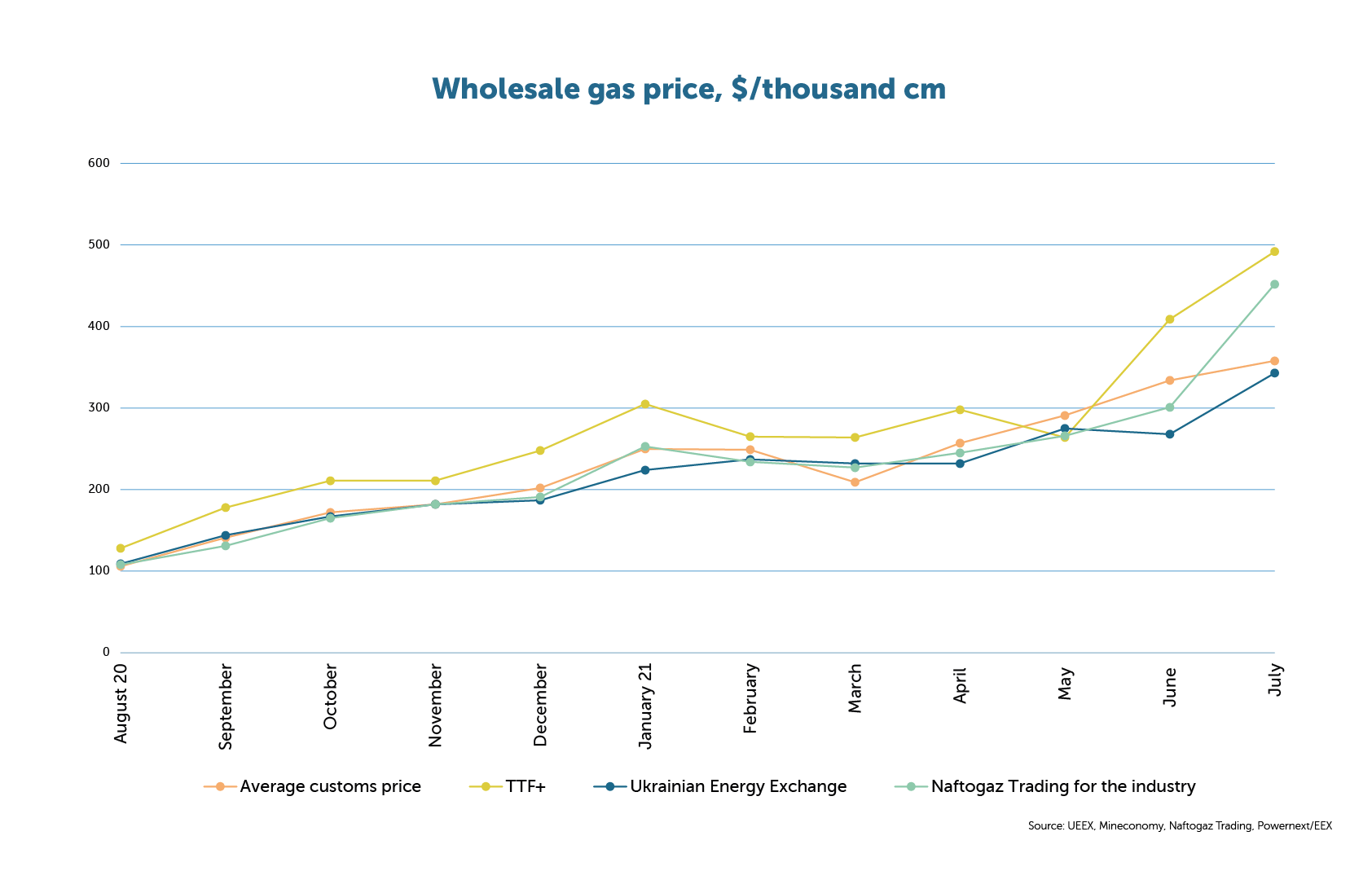 Among the main reasons caused the biggest upward consequences on the market:

At the same time, the resumption of natural gas supplies from Norway and the unstable market situation have become the main reasons for increased volatility and price adjustments.

Even though the price for natural gas went ultimately high in recent months, it is impossible to instantly increase gas production. Gas producing companies form a financial plan and calculate the level of capital investment in new projects at least a year ahead, and this is usually done at the end of the calendar year. Moreover, due to peculiarities of oil and gas development, a period of drilling new wells and bureaucratic procedures, the first commercial gas inflows can be obtained not earlier than a year and a half after purchasing and receiving a license for subsoil use.

In addition, various factors affect prices to change rapidly, which makes it impossible to forecast for the months ahead, and the unpredictability of the Covid pandemic and its possible outbreak in the fall poses significant risks to the world’s oil and gas industry. Bearing in mind the cost of the well, a chance of getting it “dry”, the cost of geological exploration and the long-time frame for its construction – spontaneous and ill-considered decisions can have significant negative consequences.

Price correlations in Ukraine during July followed the trend at European hubs and reflected rapid growth, even though they were still lower if it is compared.

The price of the resource of July in Naftogaz Trading for industrial consumers on the 100% prepayment terms, increased by 50% to the previous month and amounted to UAH 12 308 ($452 per 1000 cm) net of VAT.

According to the Ministry of Economy, the import of natural gas to the territory of Ukraine in July was carried out at the average price of UAH 9 747 ($358 per 1000 cm) net of VAT, which exceed numbers of the last month by 7%.

According to the Association of Gas Producers of Ukraine, 32 drilling rigs were used in drilling in our country in July, which is 1 pc. (+3%) more than the previous month and by 5 pcs. (+19%) more than the same period last year.

Rising natural gas prices have not affected the increase in drilling in Europe. On the contrary, there was a drop by 6 pcs. (-8%) compared to June 2021 and by 3 pcs. (-4%) compared to the same period last year. The total number in July amounted to 69 active drilling rigs. The decrease in activity was recorded in: Italy by 1 rig (-50%), Norway by 4 pcs. (-20%) and Great Britain’s offshore (-25%). The only country that increased drilling volumes was Turkey, which increased numbers by 1 rog (+5%) compared to the previous month. 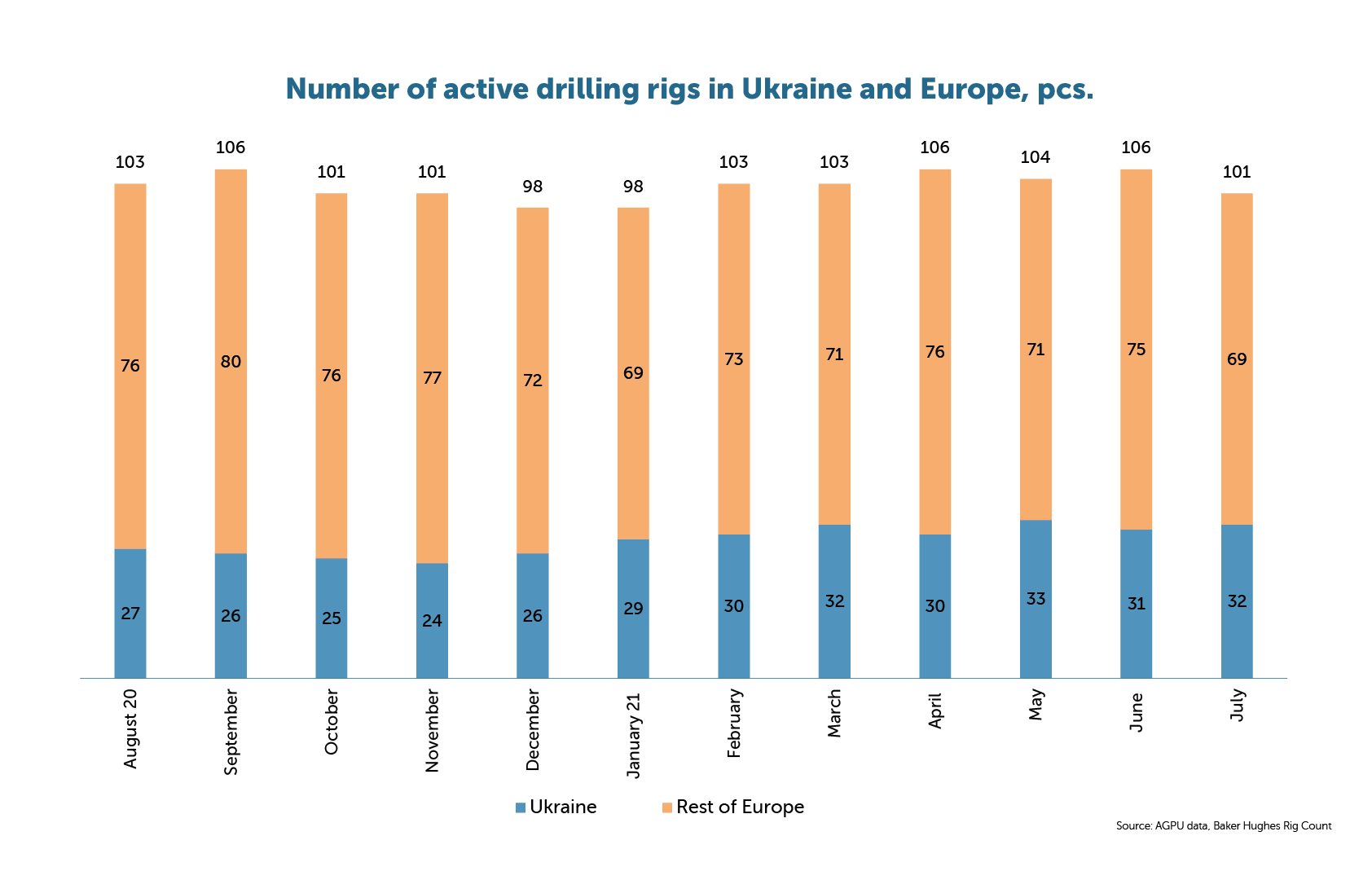 According to Baker Hughes Rig Count, the total number of active drilling rigs in the world in July amounted to 1 381 pcs., which is 55 pcs. (+4%) more, compared to the previous month and by 357 pcs. (+35%) compared to the same period last year. 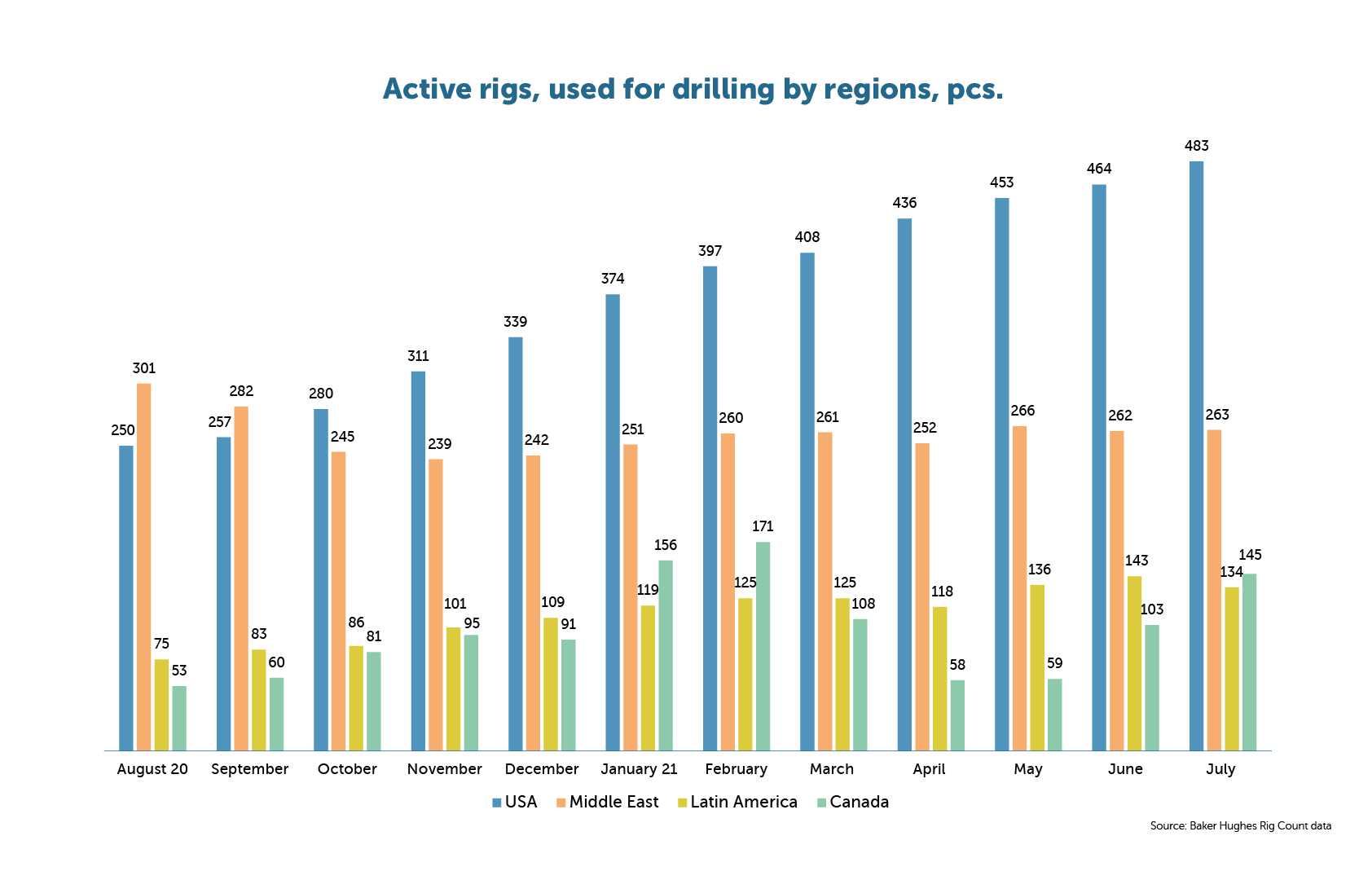