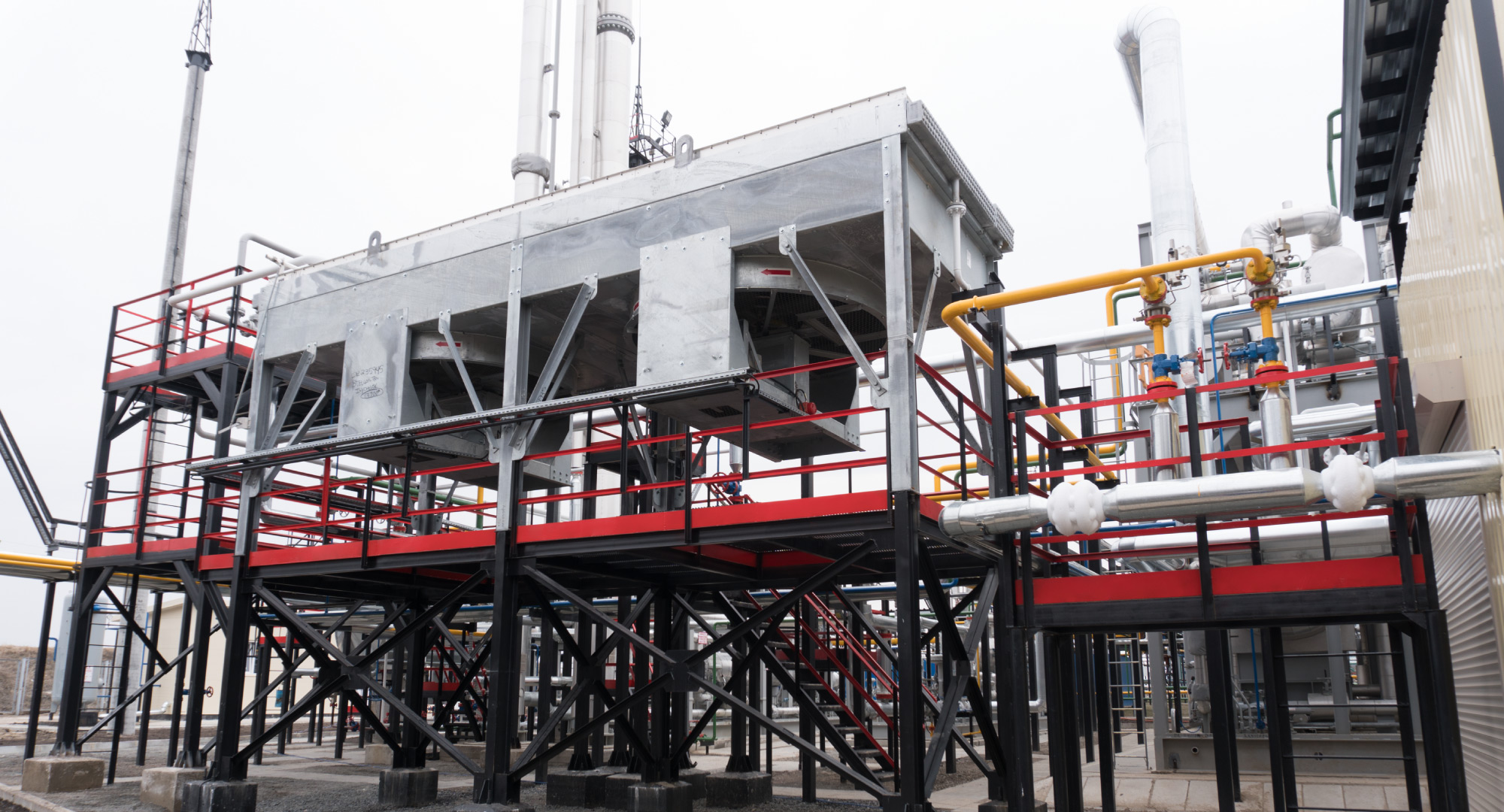 Ukraine produced 1.51 bcm of natural gas in February, which is 9.8% less than in January and 7.3 less than the same period last year.

After a three-month growth, gas production in Ukraine has begun to go down. Moreover, in fact, the natural decline factor is not offset by drilling of new wells, which is not feasible due to the unfavorable investment conditions associated with COVID-19. 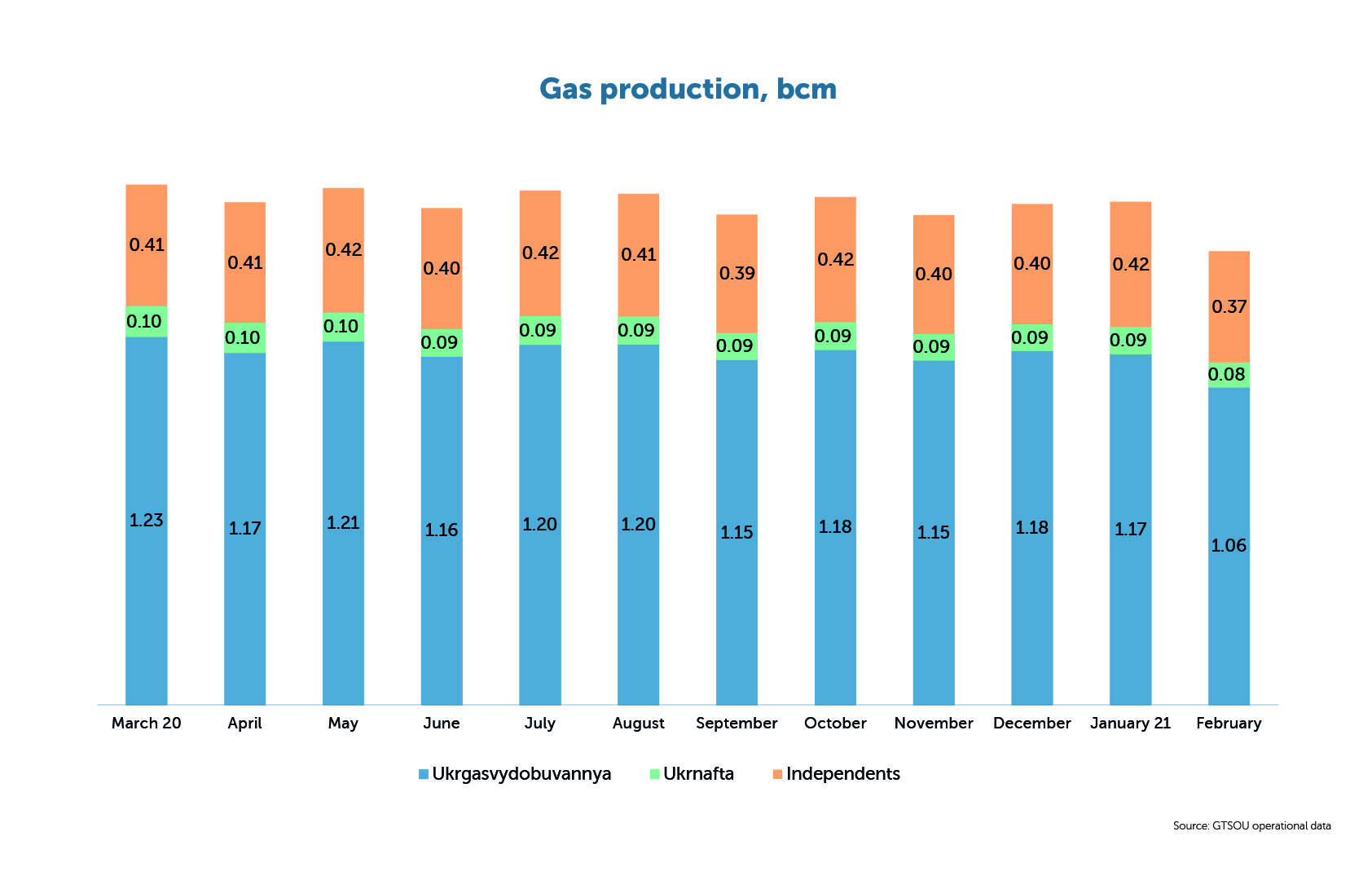 Among the main reasons influencing pricing:

Equally important factors that caused such an active volatility, mostly negative, were the weather patterns, which is natural in early spring, and the instability of LNG supplies to the market. 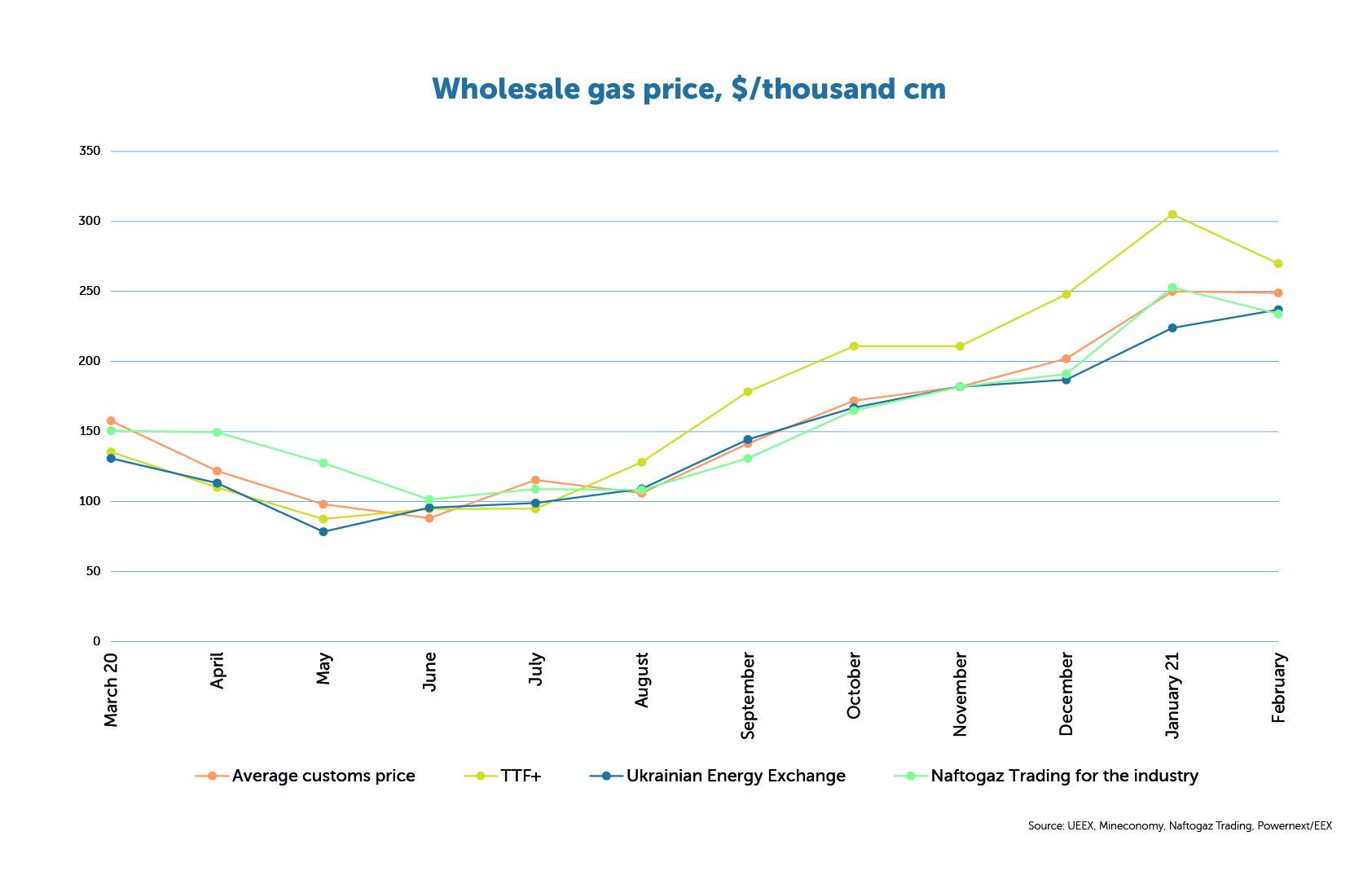 According to an analysis by the international consulting company McKinsey & Company, in 2020 the level of energy consumption fell by more than 7%, primarily due to the economic crisis caused by COVID-19. It is expected, that necessary time to recover to pre-crisis times will take at least by the end of 2021.

The share of natural gas in global consumption will continue to increase over the next 15 years, and it will be almost the only fossil fuel capable of such results. Consequently, it is predicted that peak values will be reached in the late 2030s.
In the mid-term, it is important for business leaders and investors to engage in strategic regulation. For further orientation, it is necessary to follow the key events in the industry as carefully as possible, which will directly reflect the speed and course of change.

According to the results of e-trading on UEEX in 100% prepayment terms, the weighted average price in February amounted to UAH 6609 ($237) per 1000 m3 net of VAT, which is 4% more than the previous month and by 48% more compared to the same period last year.

The price of the resource of February in Naftogaz Trading for industrial consumers on the 100% prepayment terms decreased by 9% compared to the previous month and amounted to UAH 6528 ($234) per 1000 m3 net of VAT.

According to the Ministry of Economy, the import of natural gas to the territory of Ukraine in February was carried out at the average price of UAH 6945 ($249) per 1000 m3 net of VAT, which is 24% more than in the previous month.

According to the Association of Gas Producers of Ukraine, 30 drilling rigs were used in drilling in our country during February, which is 1 pc. more than in January.

In Europe, 73 active drilling rigs were used in drilling, which is 6% more than in January. Only two countries illustrated a decrease, namely: France - by 1 pc. (-50%) and Turkey - by 1 pc. (-6%). Most countries remained unchanged, but some of them certainly increased capital investments in the sector, such as: Italy (1 pc. or +100%), Norway (3 pcs. or +20%) and the offshore part of the United Kingdom (2 pcs. or +29%). The positive changes in February are the result, first of all, of the successful fiscal and regulatory policies introduced in these countries during the global economic crisis and of the improvement of the price situation in the world.

However, it is important to understand that due to the potential challenges industry may face in 2021, and bearing in mind the positive outlook for demand recovery, the right path of performance in such conditions will be a wait-and-see strategy, taking into account the risks of new shocks. 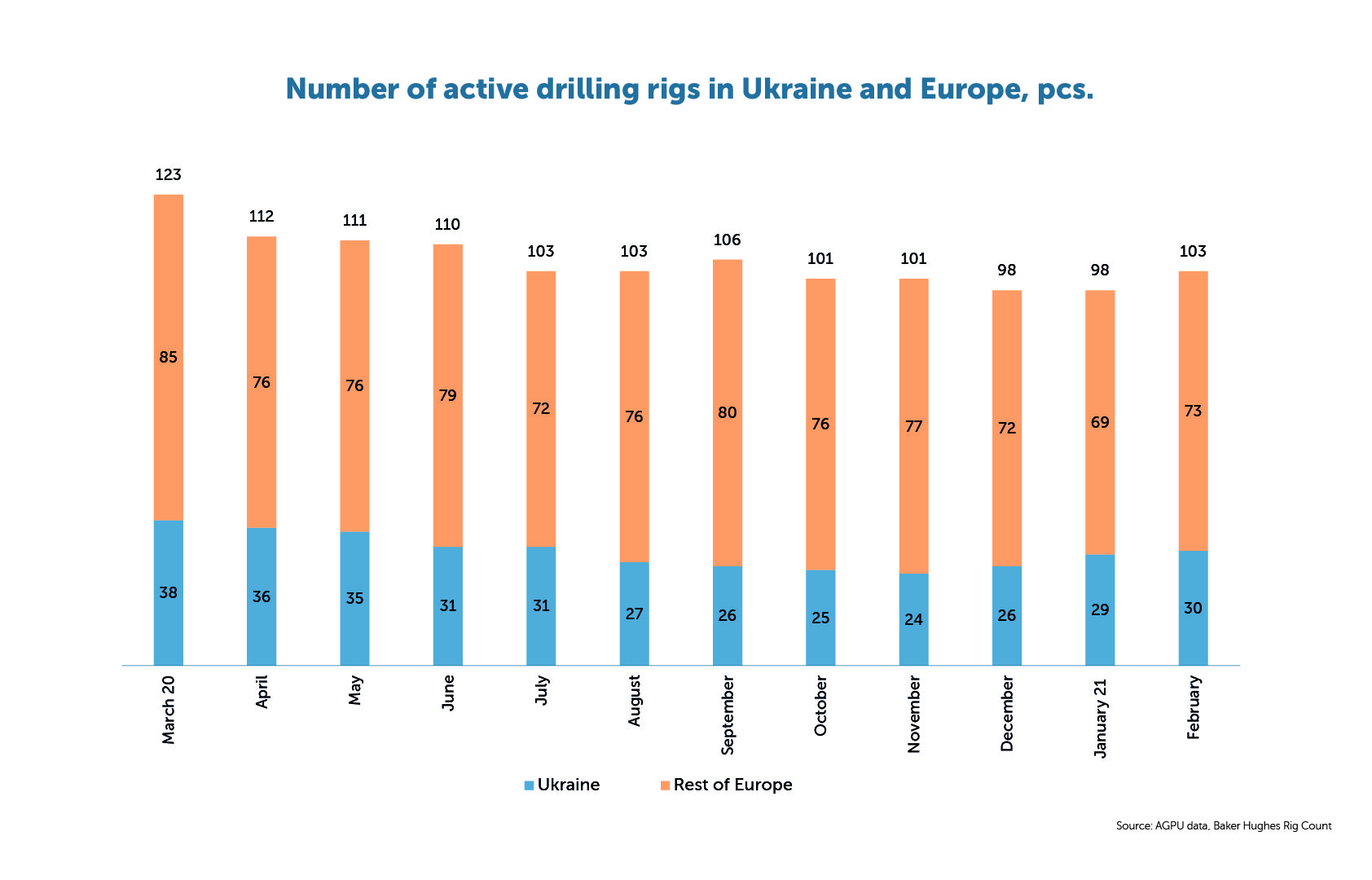 According to Baker Hughes Rig Count, the total number of active drilling rigs in the world at the end of February was 1274 pcs., which is 5% more than in January, but 40% less than the same period last year.

The increase of investment activities in North America has slowed down a bit, which can be explained by the recent Statement of United States President Joe Biden, which undoubtedly has a negative impact on the capacity of drilling of new oil and gas wells. Thus, the United States managed to increase the number of rigs by 23 pcs. (+6%) compared to the last month, but in any case, this is a drop of more than 393 pcs. (-50%) compared to February 2020. In terms of drilling, more and more attention is paid to the use of vertical and horizontal drilling rigs, which is confirmed by an increase by 4 pcs. (+19%) and 23 pcs. (+7%) respectively. However, the number of direct drilling rigs involved in the drilling has been reduced by 4 pcs. (-17%).

Africa - a region that showed a drop in investment in drilling at the end of last month, was able to achieve positive results in February 2021. A significant correlation with the situation in Europe, as the only country that reduced the number of rigs was Tunisia, which showed a reduction of 1 pc. (-100%), in fact, suspending drilling. Most countries remained unchanged and chose a mentioned before wait-and-see strategy, except for the leader in the region - Algeria, which continues to increase capital investments by 3 pcs. (+16%). Gabon, resumed drilling after a break and used 1 drilling rig in February, however, compared to the same period last year, this is the result of a drop of 8 pcs. (-89%). Seasonal fluctuations within one rig were also observed in Libya (+9%) and Nigeria (+17%). As a result, 57 pcs. (+12%) active drilling rigs were involved in Africa in February, which is 63 pcs. (-53%) less than in February 2020. 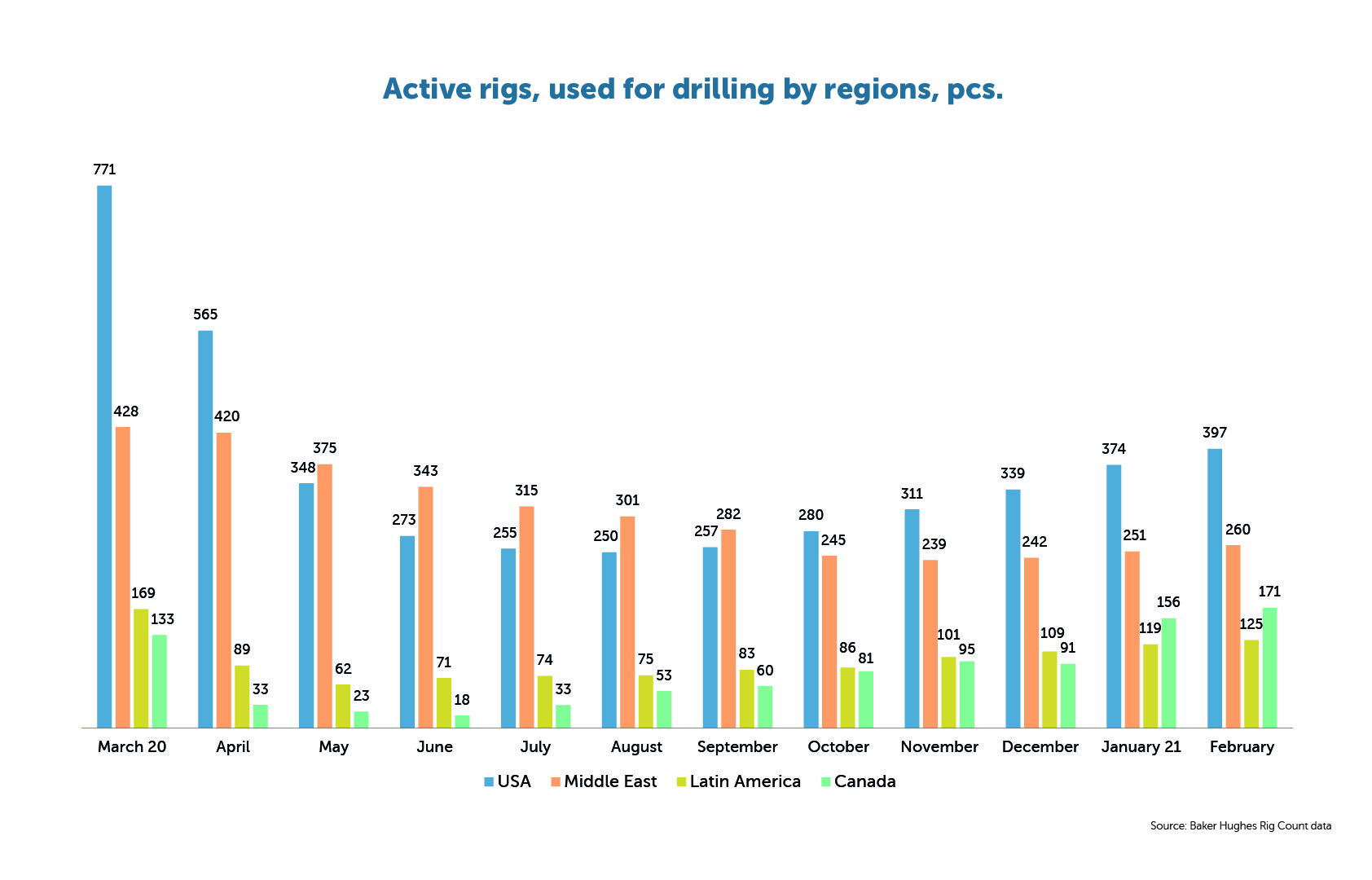 Latin American countries have picked up a wave of ambiguity. A growth by 6 pcs. (+5%), was recorded according to the results of one of the leaders of the region - Argentina, which increased capital investment activities in the industry in the form of 4 drilling rigs (+12%). However, the front-runner - Mexico - showed a decrease by only 1 pc. (-2%) within the seasonal fluctuations and the workovers providing. Countries with a positive tendency: Colombia - 1 pc. (+7%), Ecuador - 1 pc. (+33%), Suriname - 1 pc. (+100%) and Guyana - 1 pc. (+33%). The country with a negative tendency, in addition to Mexico, was Brazil, which reduced the number of rigs by 1 pc. (-11%). Bolivia, Chile, Venezuela, Trinidad and Tobago have not shown change.

Eventually, the year of 2021 can be a period of stability due to the experience gained by producers and countries. The market model, strategic plans and business / government policy will be transformed, accordingly, to the challenges of today. Under conditions of potential shocks, preparation and detailed calculations will become more necessary than ever.

A meeting between The Prime Minister of Ukraine Denys Shmyhal, Investors and Interdepartmental Commi...