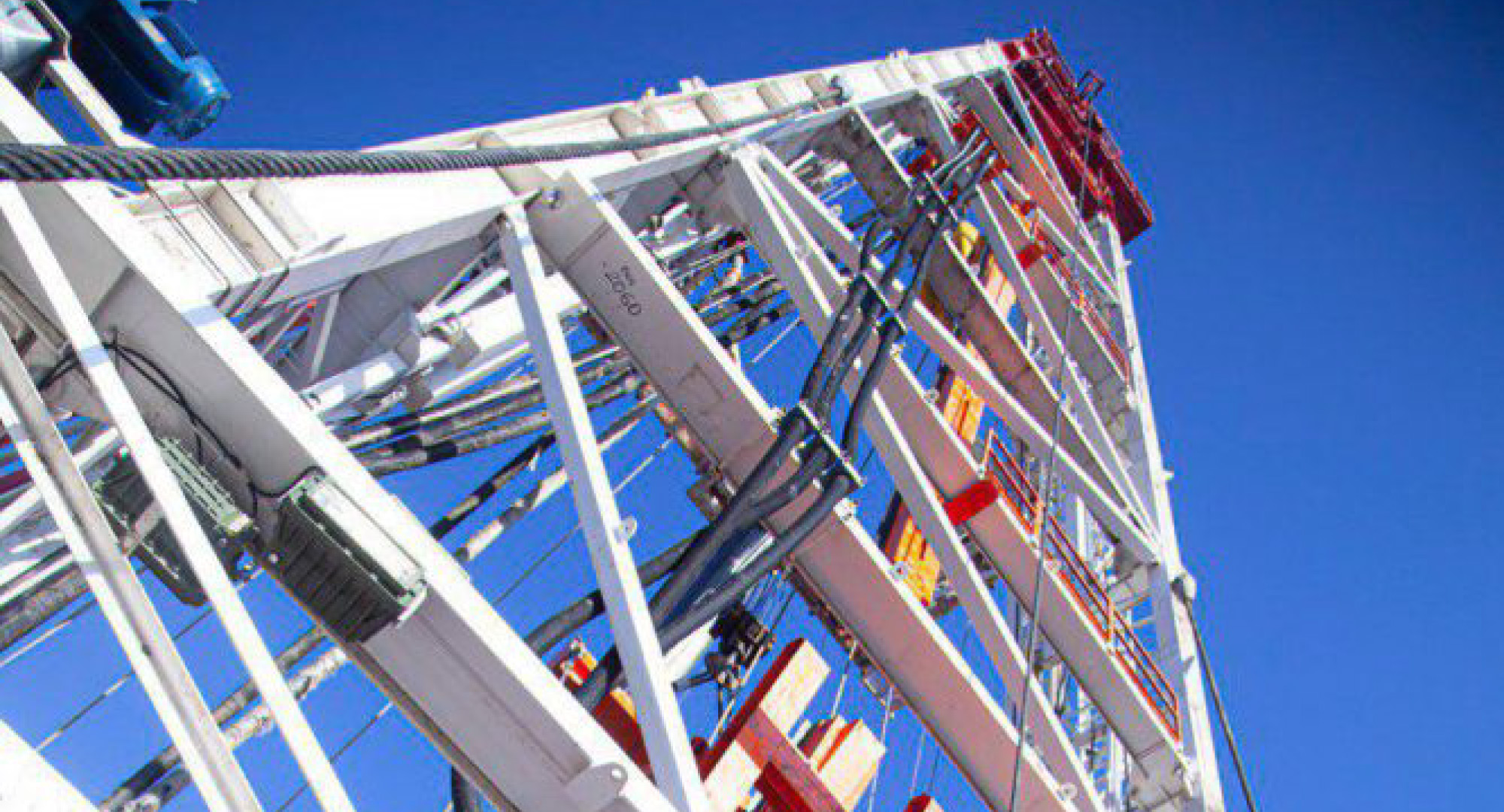 Ukraine produced 1.67 bcm of gas in December, which is 2.6% more than in November and 4.8% less than the same period last year.

Altogether, Ukraine produced 20.2 bcm of its own gas in 2020. It is 2% less compared to the preceding period last year. 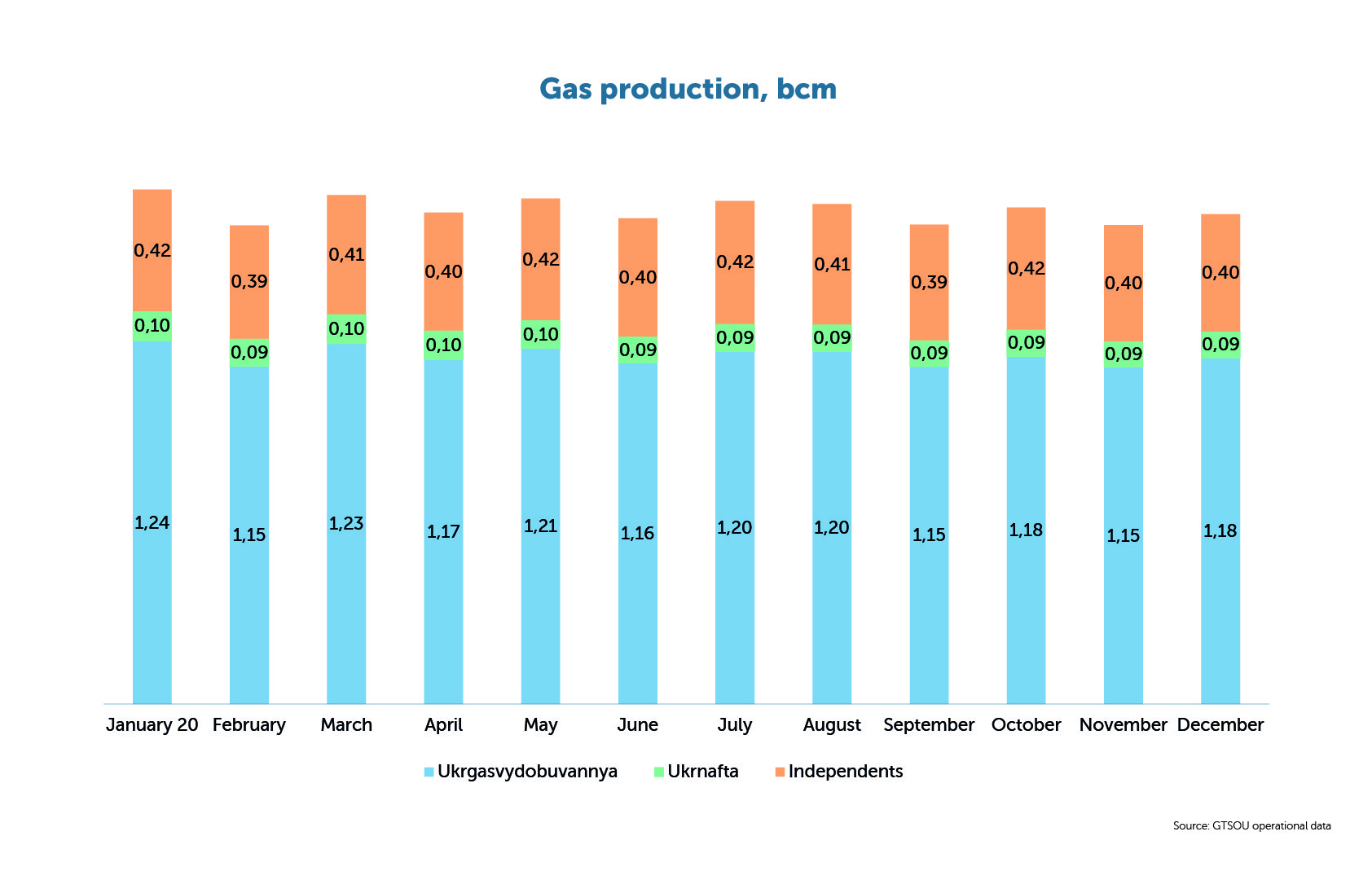 During the first week of the December, the price for natural gas was stable despite the lowest indices on the trading day of 4th of December that subsequently became the lowest price as of the whole month and was 14.07 EUR/MWh ($181). At the beginning of the month, price generally rose but intermittently showed the stability. Hence, during the 8-12 of December, the price on natural gas at TTF has grown to 1.67 EUR/MWh or 12% and was 15.93 EUR/MWh ($205). Towards the middle of the month ranged in 15.94-17.39 EUR/MWh ($205-223). Such growth can be explained by the increasing price on LNG in Asia, caused by problems with supply chain from USA and increasing demand in region, that in practice have minimized the level of shipments to the Europe.

30th of December was the trading day with the highest indices, when the price reached over 19.11 EUR/MWh ($246), that actually became the juiciest since the 2-year low period. It shall be recalled, that on February 6, the price was 18.88 EUR/MWh ($243) and continually reduced in future. 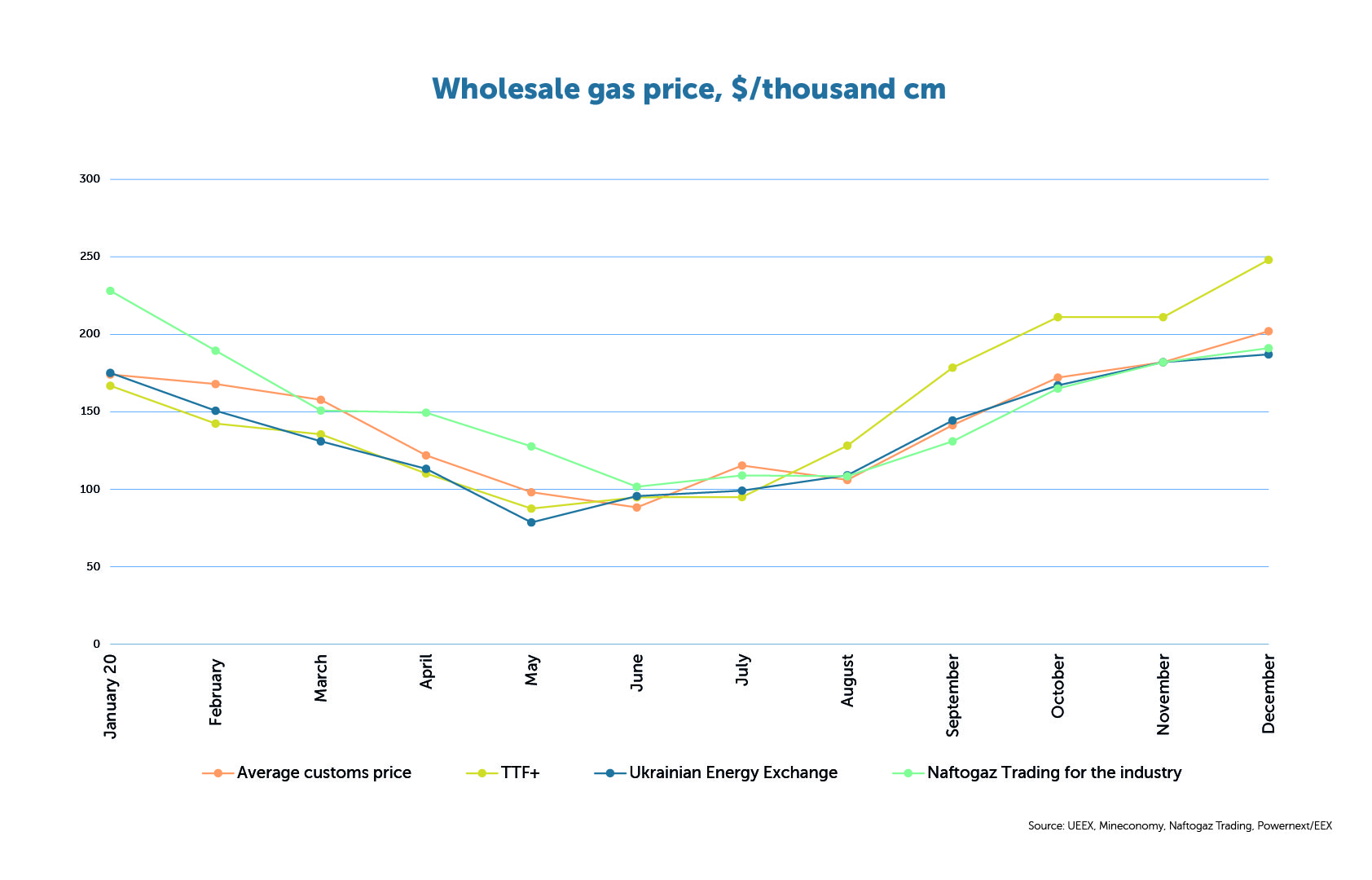 Among the main reasons, that directly affected pricing:

Positive:
- Strikes at the nuclear power plants as well as hydroelectric power plants against the nuclear reform in France, that provoked a requirement of substitution of necessary consumption of electricity in Europe in terms of unavailability of export
- Rising prices for CO2 and coal emissions

Negative:
- Higher than the average seasonal air temperature
- Powerful winds, that reduce the demand for gas used for electricity generation
- Completion of necessary maintenance at fields in Norway, that increased gas supplies
- A new strain of Covid-19 and consequent gradual introduction of new additional restrictions

A potential factor that may cause an affect for the price on natural gas can be a wandering polar vortex, as a result of which the east coast of the US, Northern Europe and East Asia may experience cold snowy weather.

Price correlation in Ukraine completely pursued the tendency in European hubs and reflected a natural increase in demand and rising prices. For now, there is no active actions with January’s resource just yet, but traders, with traditional caution, will start taking the initiative next month.

According to the results of e-trading on UEEX in 100% prepayment terms, the average price on natural gas in December was UAH 5256 ($187) per thousand cubic meters, which is 2% more than in November.

The price of the resource of December in Naftogaz Trading for industrial consumers in 100% prepayment terms increased by 5% compared to the previous month and amounted UAH 5377 ($191) per thousand cubic meters net of VAT.

According to the Ministry of Economy, the import of natural gas to the territory of Ukraine in December was carried out at the average price of UAH 5703 ($202), which is 11% more than in the previous month.

According to the Association of Gas Producers of Ukraine, 26 drilling rigs were used in Ukraine during December, that is 2 more compared to November. Positive signal can be explained with a bit warmer situation with prices but it is not enough to expect prompt growth.
Resembling to the situation in Europe, at the end of the year it changed the number of drilling rigs by 5 pcs., and had 72 pcs. In total by the end of the month.

None of the other European countries showed growth, but most remain unchanged. Among the countries with negative results: Italy (-1 pcs.), the United Kingdom offshore (-2 pcs.) and Norway (-2 pcs.).

An important factor that explains such indicators was the crisis situation in 2020. Offshore drilling leaders have responded to the decline by gradually cutting costs, saving capital investment and canceling orders for new drilling rigs. Hence, such savings allowed them to save a bit money for a bit of a time. Companies drop uncompetitive old assets, but even in such case, supply continues to exceed demand, which consequently reduces the price. 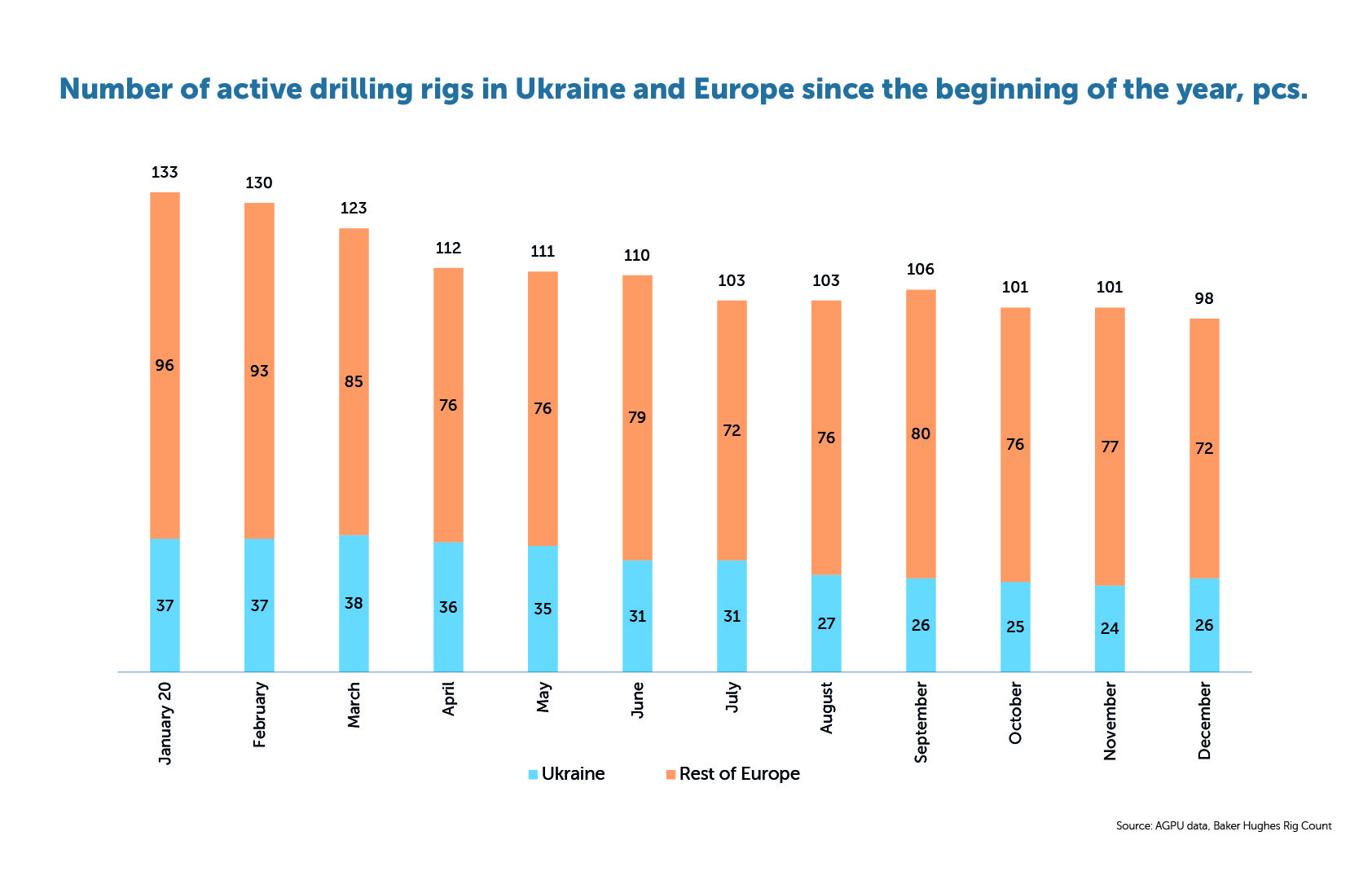 The international consulting company McKinsey & Company forecasts a structural excess of the number of drilling rigs, primarily for the offshore activities. In order to restore long-term profitability, drilling companies need to make bold and clear decisions based on five imperatives: gradual leveling of drilling companies’ costs (mainly due to technical innovations), transformation of the commercial model, rationalization of the drilling rig fleet, revenue diversification and rethinking the portfolio.

In fact, companies face the need to reduce operating costs on the shelf, and therefore reduce staff, optimize service, and so on.

According to Baker Hughes Rig Count, the total number of active drilling rigs operated in the world at the end of December amounted to 1103 pcs., which is 28 pcs. more than in November and more than 940 pcs. less, compared with the same period last year (2043 pcs.).

Compared to December 2019, the United States and Canada reduced the activity by -58% and -26%, respectively. In Canada, there was a downward tendency in the last week of the year. For example, this year the number of drilling rigs was reduced by 20 pcs., against 50 pcs. in 2019. Generally, in December, Canada increased the number of active drilling rigs by 4 pcs., compared with the last month, where only 99 rigs were used in production: 95 - for horizontal drilling (96%), - for vertical drilling (2%) and 2 - for direct drilling (2%).

In Africa, despite the decline, Algeria (-7 pcs.) and Libya (-1 pcs.) remain the leaders in terms of drilling. Compared to the same period last year, Algeria has reduced the number of units by 20 pcs. (-52%). Angola, Congo, Ecuador, Ghana, Kenya, Mozambique, Tunisia, Djibouti, Niger, Ethiopia and countries besides Nigeria (-1 pcs.) and Cameroon (-1 pcs.) remained unchanged. A total of 53 drilling rigs were used in Africa during current month, which is 10 pcs. less than in November (-16%). 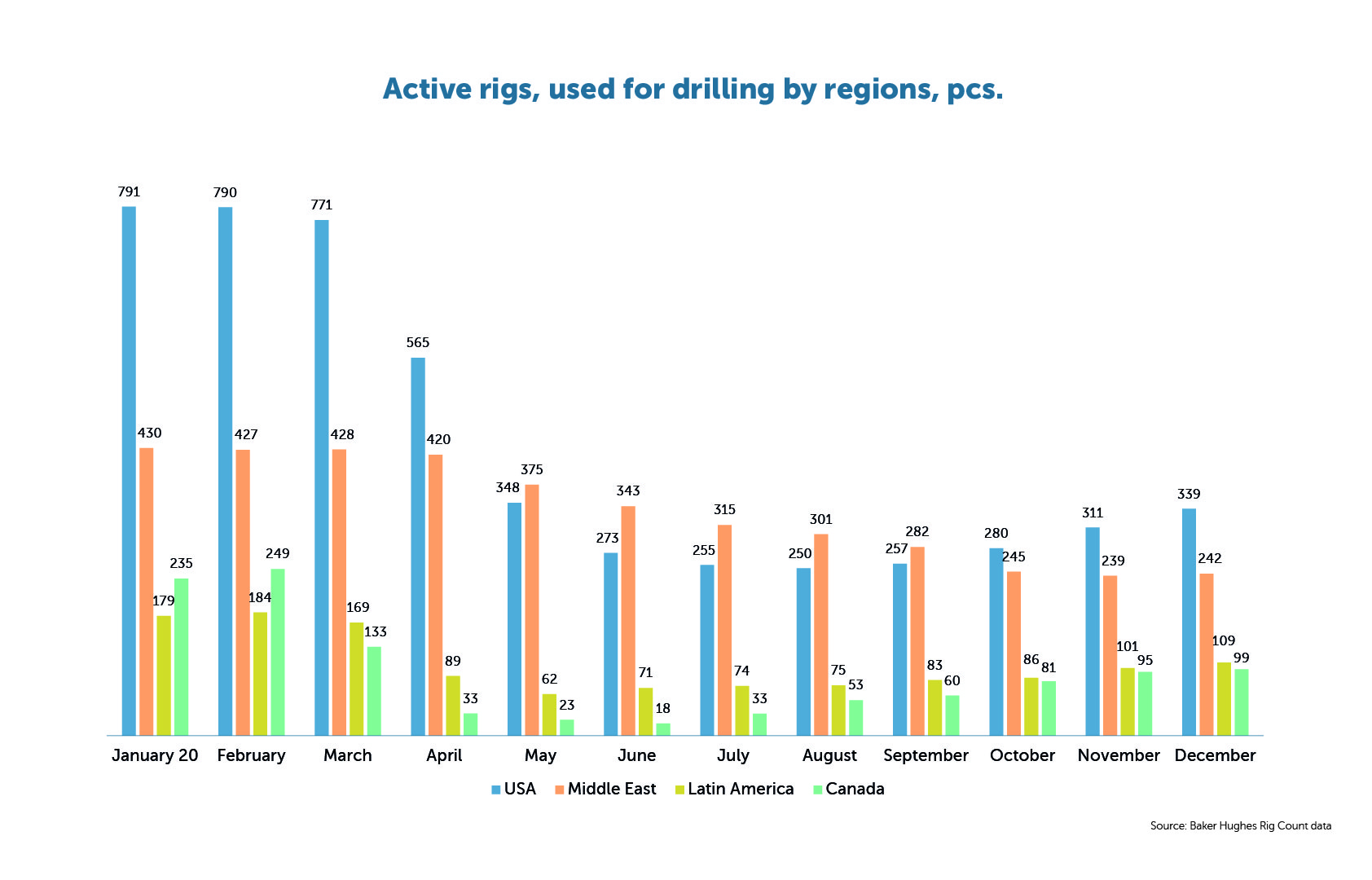 Latin American countries continue to grow, nevertheless, in some cases there were a bit of reduction. Argentina and Ecuador increased investment in drilling by 3 pcs. (+ 12%) and Ecuador for 1 pcs. (+ 25%) respectively. At the same time, some of the countries remained unchanged, while Bolivia and Colombia showed reduction by 1 drilling rig for both, by -33% and -7% respectively. In total, 109 drilling rigs were used in the region in December, which is 8 pcs. (+8%) more compared with November.

Minor changes can be explained by activities such as the necessary workovers, the relocation of rigs to other wells, and so on.

As a result of the review, it is possible to state a general necessity of commercial transformation, primarily due to the lack of positive operating cash flow and investment decisions, which usually take 4-8 years. Therefore, non-standard and courageous steps will be more useful than ever.